Sign up to receive exclusive articles on topics including: Select one or more newsletters you would like to receive:
Close popup
Home
By Shanny Basar
Uncategorized

Fixed income data will be one of the biggest challenges over the coming months as new regulations have led to increased fragmentation and higher fees, while trading revenues are falling.

MiFID II, the regulations which went into force in the European Union in January, introduced pre-trade transparency and post-trade transaction reporting into certain asset classes such as fixed income for the first time. 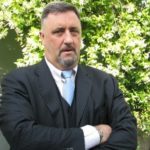 Gherardo Lenti Capoduri, head of Market Hub at Banca IMI, part of Italys’s Intesa Sanpaolo Group, said in an email to Markets Media that since MiFID II went live there has been a shift from over-the-counter and voice trading towards electronic trading on a venue, particularly for smaller trades.

“There are several reasons under this changes – regulatory obligation, different liquidity access in a fragmented environment, efficient and standardized executing process,” he added. “Technology and innovation are giving a big boost to all this transformation through more efficient and standardized connections, reducing operative costs, supporting a broaden use of OMS/EMS.”

As a result, he expects a change in business models towards more hybrid agency brokers although it may take until the end of this year for structural changes to affect the global trading landscape.

In addition to introducing more reporting requirements, MiFID II also prohibited broker crossing networks and required firms to set up systematic internalisers in order to commit capital. More than 100 SIs have registered in fixed income although the SI regime does not go live until later this year. Capoduri noted that some investment firms have taken advantage of a commercial opportunity to play in advance and “opt-in” to the SI regime.

“The introduction of all the new initiatives linked to MiFID II are increasing market fragmentation and trading complexity,” he said. “Clients can delegate their execution to brokers better equipped to manage this complexity via fully automated smart order routing systems and we might expect consolidation of all these initiatives in fixed income market  in the near future.”

“The buyside will either develop these new tools internally or outsource them from third party providers,” he added.

Last month the European Securities and Markets Authority published its first liquidity assessment for European bonds and found that only 220 bonds, out of approximately 71,000, were sufficiently liquid to fall under the regulatory pre- and post-trade requirements. Capoduri said this raises doubts over the effectiveness of new regulations and data reliability, and that new electronic methods of  liquidity intelligence may need to be developed.

“All these changes require managing a huge amount of fragmented data and market data charges are getting higher, while there is a shrinking of trading revenues,” Capoduri added. “Data will surely be one of the most effective challenges in financial markets in the coming months.”

Although MiFID II increased reporting requirements, there has been criticism that transparency has not increased as the data is not readily accessible.

Capoduri said: “Post-trade data is still not easily available in a standardized and readable format, there is ambiguity over traded-on-a-trading venue definitions and Esma assessment on liquid instruments is conditioned collection of poor data. There is not a reliable golden source or a public register for systematic internalisers  or trading venues and a pan-European consolidated tape is far away.”

However last month Esma released an updated Q&A on transparency and more guidance on how public data should be published.

Chris Barnes at analytics provider Clarus Financial Technology said in a blog at the time: “The good news is that today’s update should be positive for transparency in our markets.”

For example, the regulator said it expects post-trade data to be made available free of charge 15 minutes after publication in an easily accessible manner for all potential users using a format that can be easily read, used and copied. In addition, Esma said APAs and trading venues are not allowed to make data available only via data vendors with terminals, such as Bloomberg or Reuters.

“I’m very glad they included the “and copied” part of that answer,” added Barnes. “This means that we will actually be able to manipulate the data. In addition, we have further clarification that machine readable data must also be provided by trading venues as well as APAs.”

He continued that the industry should sit up and listen to the guidance rather than waiting for disciplinary action from their local regulators. “The intent of the law is now crystal clear,” Barnes added.

Gherardo Lenti Capoduri is speaking on a panel at the WBR Fixed Income Leaders Summit which takes place from June 6-8 in Boston.