Compliance is only part one: what financial services can learn from Hollywood and its culture of re-making 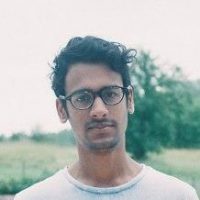 When it comes to Hollywood blockbusters, there is always a sequel. Facing both criticism and critical acclaim, producers can’t seem to stop. There is always the next step, the next franchise and the next opportunity to make something better. Movies are never really over, but in the world of financial services, neither is the extensive regulation of MiFID II.

While many firms may be tempted to feel as though the mad dash for compliance is over, it’s not. Like an actor filming the first installment of a trilogy, compliance teams have a long way to go in 2018.

Compliance is an evolving state and the regulator will be expecting financial services firms to stay innovative as the regulation beds in. This means firms need to leverage technology to meet FCA requirements, but also to continuously better these processes to go beyond initial compliance as new technologies become available.

MiFID II requires investment firms to approach orders for their customers by ensuring the best execution possible, and then prove it. So far this has largely remained a box ticking exercise for many firms, however this year could separate those that see regulatory change as a burden and those that see it as an opportunity.

For example, there will be huge volumes of new data to build into best execution evaluations of various venues and counterparties, and it is the firms who invest in comprehensive analysis of this data who will reap the largest rewards in terms of enhancing their trading activities. RTS 27 forces venues to make more data available on the quality of their executions, giving firms with better analytics capabilities the opportunity to compare execution in a more granular way. With this access to data, firms can leverage MiFID II as a business opportunity rather than blindly collating information just to stay compliant.

RTS 28 requires firms to disclose their top five destinations for order flow, in order to highlight firms who have directed orders to venues for the wrong reasons. RTS 28 also asks investment firms to provide information on how they have used “data or tools relating to the quality of execution, including any data published under RTS 27”. It is therefore not only the quantity of data that matters, but also the way in which it is analysed.

As the pool of additional data deepens with transaction reporting, so will the FCA’s scrutiny around market abuse. Many will want to step up their level of insight when it comes to their own internal market abuse surveillance. IT support professionals can use real-time data monitoring to

detect abnormalities, such as an unusually high level of activity, before the regulator does. Staying innovative will keep firms on the front foot with any suspicious activity.

Trade reporting is also subject to strict SLAs under MiFID II. The IT support team is often responsible for maintaining systems and processes around reporting, and when things do go wrong, they will need to understand the impact of a failure to comply on the business. Technology can analyse this, allowing companies to establish their exposure, and identify how to best rectify problems.

Financial services firms may have one big release date under their belt (namely January 3rd implementation day). But as the credits roll it’s the firms who are already thinking about where to go next that will see a blockbuster boost to their business. Instead of playing catch up, firms should start proactively collecting more data, removing data siloes and become more sophisticated in how they use it.