As the industry dissects the detail from MiFID II RTS, Dev Bhudia of GoldenSource focuses in on the bond transparency rules – explaining why failure to show thorough thinking behind pricing leaves fund managers exposed to potential fines and reputational damage.

After all the waiting and wondering, one could say we are now in a period of pondering – call it the calm after what was the MiFID II late September storm. The problem is that the clock is well and truly ticking. Last month’s publication of the official technical standards’ leaves fund managers responsible for managing, collecting, and providing a deluge of data for reporting all within the next 15 months. So perhaps a little less reflection and a little more action is the order of the day.

One aspect of the standards that can be addressed sooner rather than later is bond transparency. Like in equities, fund managers now have to publish bid and offer prices in other asset classes – including fixed income. Under MiFID II, bid and offer information needs to be published for around 2,000 bonds that are deemed to be “sufficiently liquid”. However, herein lies a grey area – exactly how do fund managers decipher when a bond is and isn’t liquid? How much information are they collecting at the moment, and how are they measuring it?

In an attempt to answer these questions, a number of funds are already trying to gather more insight – including audit data and detail about trading positions of the bond once the price was set. Unfortunately, this doesn’t cut it. Regulators need far more evidence to feel comfortable that a price has been reached fairly. This includes a lot of detail such as who has contributed to the price of the bond, and information regarding why the price hasn’t moved significantly over time. If this wasn’t enough, on the reporting side, proof as to when and for how long a bond could be considered liquid, also needs to be documented. 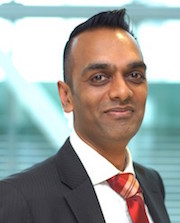 Regardless of the bond in question, the point is that the MiFID II transparency rules are forcing fund managers to categorically prove how they come to a price. Understanding this is easy, it’s doing it that’s the tricky bit. The most basic approach to the problem, which many funds have adopted, involves manually sifting through vast swarms of data. Not only is this a cost burden but it also introduces a high degree of risk due to the possibility of human error, which exacerbates rather than minimises the problem of inaccurate prices. And given the way that asset valuation underpins reporting and risk management processes, this operational risk can have major negative financial and reputational consequences.

Firms can of course build their own systems to automate processes and remove manual mistakes, but this doesn’t address the challenge of defending a price. Instead, the answer could very well lie in adopting a system that takes in the market data feed and commentary around a price, and then stores it ready for validation and audit at anytime. Crucially, due to the different interpretations of bond prices from various market data providers, this system also needs to be flexible enough to store liquidity and determine what level that price is at. It could well be that it is at a level, for example, where the bond is at a discount price and could increase in value over time – and the compliance team will need to know this.

As firms spend the next few weeks frantically wading through the standards, one thing is for certain – nobody can afford to be left without the information needed for a defendable price. When it comes to bond transparency, there can never be too much detail to store as no firm can afford heavy fines, not to mention a reputational hit. Therefore, fund managers who haven’t already done so need to adjust their approach to pricing now, as only then can they be fully confident regardless of any question the regulatory my throw at them. After all, there is no right or wrong, only prices that can be defended based on information and rules defined by the fund manager.