In an increasingly crowded and competitive exchange landscape, a trading venue needs to innovate to not only win new customers, but just to stave off market-share erosion. For Direct Edge, whose EDGX and EDGA trading platforms attained exchange status only three years ago, developing new and better ways to do business is hardwired into the corporate DNA. 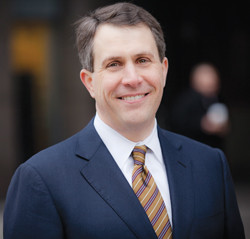 With equity trade matching now largely a commoditized function, all major exchanges are competitive on metrics such as low latency and reliability, at least by the standards of most market participants. Opportunities for differentiation are more in other areas, such as order types, pricing structures, market-data offerings, and services for the highest-speed traders.

Direct Edge has won plaudits for its order types and pricing structures, which O’Brien said are aimed at enhancing the end user’s experience.

“We like to provide as big a tent as possible,” O’Brien continued. “And our blend of order flow from prop traders, agency brokers, and especially retail investors, is proof of our broad appeal.”

“Innovation has now evolved into less about overwhelming customers with new functionality and more about being consultative and educational in how our existing functionality can help them.” Direct Edge Chief Executive Bill O’Brien

In 2012, Direct Edge offered new functionality to allow trading firms more price improvement, such as Midpoint Discretionary Orders and Mid-Point Route. “These are tools allowing traders to segment out the flow they interact with, via Route Peg order types,” O’Brien explained. “We are also providing greater visibility into our liquidity by bringing market-maker functionality and order attribution to our market.”

As is the case in any industry, business, field or science, some innovations catch on, while others fall flat. For Direct Edge, a program to boost message efficiency via an incentive program “didn’t effectively accommodate high-order intensive trades, like small-cap stocks or some types of ETFs, so we were quick to repeal the program and refocus our efforts elsewhere,” O’Brien said. “A true innovator is not only unafraid to try, but is also unafraid to recognize when some attempts don’t work.”

Institutional trading markets continue to rapidly evolve, with substantial changes across the fronts of regulation, technology, and market structure. Given the shifting ground, sometimes the best strategy is to pause the treadmill of innovation and make sure that recent innovations have staying power.

“Given various situations the market endured in 2012, innovation has now evolved into less about overwhelming customers with new functionality and more about being consultative and educational in how our existing functionality can help them to improve execution quality and be more profitable,” O’Brien said. But, “even in an era where there are fairly consistent concerns about complexity, the ability to innovate still exists.”