Things are afoot at KCG, now that Virtu Financial has formalized its $1.4 billion bid to buy the firm. First, former Nasdaq CEO Robert Greifeld will join the Virtu board once the deal has closed. Also, Charles Susi, KCG’s Head of Institutional Sales & Electronic Trading, has reportedly told the firm he will be leaving. Susi joined the firm in 2013 and came from UBS, where he was Global Co-Head of Direct Execution, the firm’s institutional equities electronic trading business.

Citadel Securities has lured Laurent Marquis away from JP Morgan. Marquis was the white-glove bank’s head of equities trading in the EMEA and is now reportedly on ‘gardening leave’ until June. He onboard JPM back in 2009 after serving as BNP Paribas’ head of equities derivatives trading for the Americas. Marquis will be based in London.

JP Morgan also lost Charlie Whitlock, an executive director, to ITG where he will head U.S. sales. On gardening leave until June, Whitlock spent the last five years at JPM.

The four will report to Drew Doscher and Darren Haines, Co-Heads of the Fixed Income Credit Group at BTIG.

Dash Financial Technologies named Ari House as Chief Financial Officer. House has spent nearly 20 years working in various capital markets roles. He joined Dash from The Association of Certified Anti-Money Laundering Specialists, where he served as Chief Financial & Corporate Development Officer. During his tenure at ACAMS, he was instrumental in managing the firm’s significant growth and eventual acquisition by Becker Professional Education, a subsidiary of DeVry Education Group. 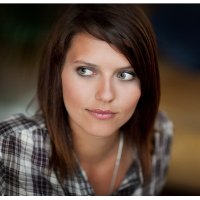 LCH appointed Daniel Maguire as COO. He assumes this role in addition to his current responsibilities as Global Head of Rates & FX Derivatives.

Bank of America Merrill Lynch promoted Kim Stolz to the newly created role of head of EMEA equity derivatives hedge fund sales. Following the promotion, Stolz has moved from New York to BAML’s office in London. She was previously an equity derivatives sales director focusing on hedge fund clients for almost three years, according to her LinkedIn profile. In the new role, Stolz will be reporting to Whitfield Hines, BAML’s head of EMEA derivative sales.

CloudMargin hired Laurence Jones and Marc Desanges as Sales Executives in New York and London, respectively. Jones joins the U.S. sales team with 12 years’ experience in operations management and leadership across collateral, clearing and over-the-counter derivatives. Jones spent the last six years at the London Clearing House, where he served for the last two years as Head of Collateral Operations, leading the operations in both London and New York. Desanges has 10 years’ financial services experience, including the past five years in London in charge of business development for collateral management, risk and compliance solutions. From 2012, he served as Head of Business Development of the EMEA region for SunGard. In 2015, he assumed the role of Sales Manager, EMEA for FIS, where he led the business development team for the department selling risk and compliance software. Beginning in 2016, he was Sales Executive for Lombard Risk, in charge of its collateral management solution.