Global exchange operator and fintech provider Nasdaq has floated the concept of dynamic tick sizing for the equities and options markets in its recently published whitepaper, entitled Intelligent Ticks: A Blueprint for a Better Tomorrow.

The proposed model, developed in conjunction with representatives from the buy-side, sell-side, and industry associations, looks to reduce odd-lot issues and long queue waits due to the one-size-fits-all penny tick increment as well as simplify market complexity and make routing decisions more consistent across tickers, according to the paper’s authors.

Under the model, listing markets would allot tickers into a half-cent, one-cent, two-cents, five-cents, ten-cents, and 25-cent per share bucket based on their average quote spread. 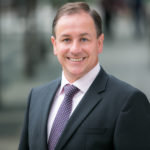 “Think of it more like how indexes have large-cap, mid-cap, and small-cap stocks,” Phil Mackintosh, chief economist at Nasdaq, told Markets Media. “Let stocks qualify for tighter spreads based on how they trade. In that way, no stock is put into a bucket that makes its spread wider.”

High-priced stocks, such as Amazon, would trade in one of the buckets that have a wider increment while highly liquid stocks that trade at less than $20 per share, and 80 to 90 percent of ETFs would likely trade in the half-cent bucket.

The authors also recommended that listing exchanges reevaluate each ticker’s performance at regular intervals to see if it should be moved to a bucket with a larger or smaller tick increment.

“I think that we proposed to do that every six months, but the industry might say to do it a little bit more frequently than that or to do it less frequently,” he said. “The calculation is easy enough to do. It could be set up three weeks in advance like what FTSE Russell does with its index to make sure everyone is happy with it before you implement them on the day the changes happen.”

In the case of a stock split, listing exchanges would need to reverse-engineer the ticker’s bucket assignment since it would be a promotion, he added.

The authors did not address what effect the introduction of sub-penny tick increments for highly liquid issues would have market data volumes for cash equities.

“It will be interesting to hear what the comment letters say,” said Mackintosh.

The model does not break virgin ground as other global markets already have implemented similar structures.

“Europe has intelligent ticks across a spectrum of liquidity,” he said. “Hong Kong and Japan have had intelligent ticks in the sense that they keep the spread at the same economics even as stock prices go up.”

The only difference between the proposed model and those already in production is that Nasdaq has let market forces determine in which bucket each ticker should fall.

Mackintosh was unclear on what the proposal’s next step would be.

“This is not specifically a rule filing, but I do hope that the industry takes it up and considers it seriously,” he said. “I think there’s a fair bit of consensus that this will fix a lot of the tradability problems we have in the market right now.”