Global exchange operator Nasdaq plans to leave the crypto spot market to the current ecosystems of digital exchanges, according to Nasdaq leadership.

“Since it is a completely unregulated market and we operate in the regulated space, we are more comfortable being a technology partner,” said Adena Freidman, CEO of Nasdaq, at the Future of FinTech Conference hosted by CB Insights.

Nasdaq already provides trading and clearing platforms to multiple crypto exchanges as well as its market surveillance technology to Gemini Trust, she added.

Despite the lack of interest in participating in the spot market, Freidman said she is a holistic believer in the digital asset. 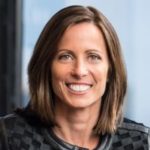 “I believe in the concept of cryptocurrencies when they originally were created,” she said. “They actually were used to transfer money for good, and then the whole speculative market took over and created a different phenomenon.”

Comparing the market to the Internet bubble of the late 90s when every startup expected to make $1 billion within their first year.

However, after the bubble, the Internet’s commercial utility took off.

“Schwab, Ameritrade, and other companies came to life and democratized trading,” she said. “They were amazing creations that came out of the dawn of the Internet, but then there was the giant hype cycle.”

Freidman clarified that she did not believe that crypto had reached the same level of utility, but it has the potential to become real, interesting, and the financial layer of the Internet.

“It also could die on the vine and become a Beanie Babies phenomenon. We don’t know yet.”

Stepping away from the spot market, Freidman noted that the crypto derivative market had piqued the company’s interest for a couple of years.

The exchange operator launched a pair of bitcoin-tracking exchange-traded notes on its Nasdaq Nordics exchange in the fourth quarter of 2015, which was followed by a couple of ether-trading ETNs that began trading in October 2017.

“We are very supportive of partnering with companies that want to bring ETNs and exchange-traded funds to market, but the SEC has not yet made the decision to allow that,” she said.