The latest round in the fight between exchange operators began this week as Nasdaq has filed a civil lawsuit against the Investors Exchange for alleged willful patent infringements.

In its complaint filed with the US District Court for the District of New Jersey, Nasdaq alleged that the young exchange has infringed on seven Nasdaq patents since the IEX opened its doors for business. 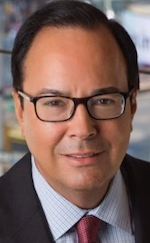 “These seven patents cover important innovations that we, and our customers, rely on for reliability, scalability, and transparency,” said Edward Knight, Nasdaq general counsel and chief regulatory officer in a prepared statement.

The IEX stated in its application for SRO status with the US Securities and Exchange Commission that its closing auction process was “designed based on extensive review of’ Nasdaq’s patented process,” noted Nasdaq’s outside legal team in the filing.

The attorneys also cited IEX statements that the information to be disseminated to the market during IEX closing auctions is “substantially similar” to the Nasdaq Net Order Imbalance Indicator.

Nasdaq launched is NOII capability when it debuted its fully electronic closing auction in 2004.

The exchange operator also claimed that during the IEX’s first two years of business that at least four key technology employees left Nasdaq to join IEX, which had its trading platform operational in 2013. These key employees helped build the earliest versions of IEX platform and continued to work on modification after that, according to the filing.

“Similar to our exchange application process; this is yet another attempt by Nasdaq to obstruct an innovative new competitor,” commented an IEX spokesperson to the press.

Both exchange operators declined to comment regarding the litigation beyond their existing public statements.