Other exchanges and other firms just might come out of the woodwork in an attempt to scuttle the CME Group’s possible purchase of the NEX Group. 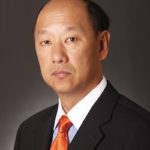 “We suspect other exchanges like ICE and the major European exchanges could be considering a bid for NEX Group,” wrote Richard Repetto, a principal, equity research at broker-dealer Sandler O’Neill in a research note.

It would provide margining efficiencies on the front end, such as in packaged basis trades between futures and cash, he noted. “They could do that in FX too because NEX’s EBS business is still one of the dominant venues in FX.”

Such a tie-up would be the first time that an exchange would combine over-the-counter cash trading with listed futures, according to Repetto. “We believe combining the underlying cash securities with the trading of the listed futures would be a first in the exchange industry and it would set a unique precedent.”

Both analysts also did not discount the synergies that NEX’s post-trade businesses like Traiana and TriOptima would bring to a possible new owner.

The post-trade business represents 44% of NEX’s revenue and 31% trading profit for the six months ending on September 30, 2017, according to Repetto.

The LCH, which the LSEG partially owns, began clearing non-deliverable forwards last year and the acquisition would give the CME a pipe into that market.

The LSE could see transaction efficiencies on margining and other benefits with packaged basis-trades between futures and cash, added Bailey. “All of these different pieces could give the CME, or any exchange that bought NEX, powerful technology and fintech components.”

Repetto did not discount the idea that the CME Group potentially might spin off the post-trade businesses.

Meanwhile, non-exchanges player, such as Cantor Fitzgerald, have to be thinking about acquiring NEX as well, according to Bailey.

Any firm looking to acquiring NEX has a short window to prepare possible counter offers. Under UK takeover law, the CME Group has until April 12 to announce a firm offer or that it has no intention of making an offer.

Repetto observed that the CME Group had not released financial data required for a possible offer since discussions “are in preliminary stages.”

The news of the CME Group’s plan to purchase NEX leaked out on March 15 during the FIA’s annual meeting in Boca Raton, Florida. The next day, NEX acknowledged that the CME Group had approached it. On March 16, the exchange operator publicly confirmed its intentions.