Additionally, joining Northern Trust’s team of transition management experts in London is Rob Dixon, who most recently worked at State Street in Sydney as a transition manager, with responsibilities across Asia-Pacific. Dixon also has more than 14 years of industry experience and will now support the evolving requirements of Northern Trust’s expanding range of clients across Europe, the Middle East and Africa (EMEA).

Capitolis, a technology provider for capital markets, named Justin Klug as President. Klug had most recently served as Chief Operating Officer of the company and served on the firm’s leadership team for the past two years. He was previously Managing Director at Credit Suisse where he led the US rates structuring team and was responsible for developing, executing and monitoring strategic and tactical business lines across the macro franchise.

Relatedly, Capitolis also hired Joseph Molluso as their new Chief Financial Officer. Molluso has spent the past six years as Executive Vice President and Chief Financial Officer at Virtu Financial, where he was a key member of the management team, oversaw the firm’s IPO in 2015 and provided day-to-day leadership.  He has more than 20 years of financial institutions experience, having previously been a financial technology investment banker and Managing Dìrector at JP Morgan. Prior to joining JP Morgan, Molluso was an investment banker at Donaldson, Lufkin & Jenrette and its successor, Credit Suisse. 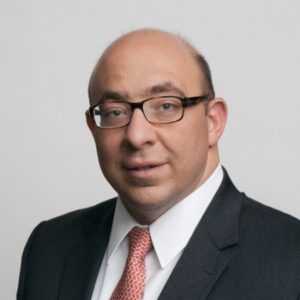 The World Federation of Exchanges named Dr Pedro Gurrola-Perez as Head of Research. Gurrola-Perez came from the Bank of England, where he led the Financial Market Infrastructures (FMI) Directorate Research Team. He was also a member of the CPMI-IOSCO Working Group on Digital Innovation, and has led projects on credit risk models supervision at the Prudential Regulatory Authority.

E*TRADE announced that Chief Operating Officer Michael Pizzi will assume the Chief Executive Officer role after Karl Roessner advised the Company of his decision to leave, following 10 years of service. The appointment of Pizzi is effective immediately, while Roessner has agreed to serve in an advisory capacity through year end to assist with the transition. Pizzi has also been appointed to the Company’s and Bank’s Board of Directors. Pizzi has been with E*TRADE since 2003 and has served in several executive roles including the Company’s Chief Operating Officer, Chief Financial Officer, and Chief Risk Officer.

Fnality International added Gary Chu as General Counsel and Adam Clarke as Chief Technology Officer (CTO), with Daniel Heller joining as Head of Regulatory Affairs. Prior to joining Fnality, Chu was Legal Counsel and an Executive Director at UBS and a key participant in the consortium of financial institutions who created the Utility Settlement Coin (USC) Project. In his role as CTO, Clarke brings his unique experience of delivering projects within early-stage firms as well as large banks. Heller was previously at the IMF, before which he chaired the secretariat of the CPMI in Basel, which sets the standards for market infrastructures. Prior to that Daniel was at the Swiss National Bank. All three will report to Rhomaios Ram, CEO of Fnality.

After more than ten successful years in the Group Executive Board of UBS, Ulrich Koerner has decided to step down from his current roles as President Asset Management and President UBS Europe, Middle East and Africa. He will remain with UBS as senior advisor to the Group CEO until at least March 2020 to support the Group with several ongoing key initiatives. Koerner has been President Europe, Middle East and Africa for UBS since November 2011 and, additionally, President Asset Management since 2014. Relatedly, Suni Harford will join the Group Executive Board of UBS and succeed Ulrich Koerner as President Asset Management. Harford joined UBS in 2017 in her current role as Head of Investments for UBS Asset Management. She joined UBS following a 24-year career at Citigroup Inc., the last nine of which she was the Regional Head of Markets for North America. She started her Wall Street career at Merrill Lynch & Co. in investment banking. Sabine Keller-Busse will succeed Koerner as President UBS Europe, Middle East and Africa in addition to her current role as Group Chief Operating Officer (COO). Keller-Busse joined UBS in 2010, first holding the role of Chief Operating Officer UBS Switzerland and then Group Head Human Resources. Prior to UBS, she led Credit Suisse’s Private Clients business for region Zurich and also advised financial services firms across Europe as a McKinsey & Company partner.

Byron Stafford, a professional asset manager landed veterans Carol Pak-hong, George Kwok-wah and Mandy Shuk as Managing Directors and form the leadership team of the Byron Stafford Global Private Equity platform which is expected to include approximately 20 professionals within the next year.

In this capacity, Pak-hong, Kwok-wah and Shuk will oversee the build-out and ensure the connectedness of private equity to Byron Stafford’s global investment platform. All will report to Matthew Cheng, Managing Director and Head of Byron Stafford Alternative Investors.