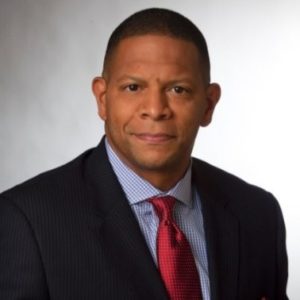 Members Exchange announced it has hired Louise Curbishley as its new Chief Financial Officer. The exchange also added Nick Ciarleglio as its new Head of Member Experience. Curbishley was most recently a Partner and Chief Financial Officer at Hitchwood Capital Management, where she was part of the leadership team that launched the firm. She also  held CFO roles at several asset managers.

Ciarleglio started his career as a technical consultant for Hewlett-Packard. He then joined Arista Networks in startup phase as its first customer-facing engineer and, in his twelve years there, helped them to expand into a publicly traded company.

Luminex Trading & Analytics LLC, a buy side-owned trading venue announced the hires of three veteran financial and technology professionals: Joshua Reed has joined as a Sales and Relationship Manager, Joshua Opper has joined as Director of Infrastructure and Robin Burr has joined as a Software Engineer.

Reed was most recently a sales trader at Guggenheim Securities, trading equities for mutual funds, asset managers and hedge funds in Boston, Canada and Connecticut. Prior to Guggenheim, Reed spent much of his 20-year career at Wellington Management in Equity Capital Markets and sector trading.

Opper was most recently a Managing Partner at Utility Datacenter. He worked extensively with daily operations teams, managing internal operations, assets and vendor selection as he designed and implemented a wide variety of enterprise IT solutions. Prior to Utility Datacenter, he was the Principal Consultant at Par4 Technologies.

Burr comes to Luminex from Placester, Inc, where she was a lead engineer working on account creation, synchronization, integration issues and custom ETL coding. Prior to that role, she worked at Hitachi Consulting as the lead software engineer.

The International Securities Lending Association (ISLA), a leading financial services industry association, is delighted to announce the appointment of its new Board of Directors. The 15 members are:

Peter Diel joined Solactive as Head of Product Development running the firm’s index development departments. Diel will assume combined responsibility for all three of Solactive’s product development teams across Equitiy, Fixed Income, and Complex Index Development. Before joining Solactive, Diel worked for 23 years at DWS and Deutsche Bank, where he has held various management positions, most recently serving as Managing Director in charge of Passive Portfolio Management for institutional clients in Europe and Asia.

Spotex, a developer of foreign exchange technology systems and institutional ECN operator, promoted John Miesner to Chief Executive Officer. The promotion comes less than a year after he joined the firm to lead its institutional expansion.  Miesner joined Spotex in January 2019 as Senior Managing Director and Global Head of Sales and Distribution. As part of the executive suite transition, Ritesh Agrawal, the firm’s co-founder and long-time CEO, has taken the title Chief Technology Officer.

Truvalue Labs, a pioneer in AI-driven environmental, social and governance (ESG) data, added Adam Salvatori in a new role as Global Head of Client Solutions. Salvatori will leverage over 13 years of experience in the financial, technology and startup industries to oversee Truvalue Labs’ client solutions and integration initiatives while managing new and existing client partnerships. He will be part of the executive leadership team and report to the CEO, Hendrik Bartel.

Cappitech, a leading provider of regulatory reporting and intelligence solutions for the financial services industry, landed Mark Kelly for its Board of Advisors. Kelly’s 30 years of financial and regulatory expertise includes senior audit and compliance roles in large investment banks including Lehman Brothers, Salomon Brothers and Barclays Capital, and as a senior consultant at firms such as PWC and Grant Thornton, Kelly has spent the last 10 years focusing on the needs of financial firms subject to MiFID and EMIR reporting obligations.

DTCC appointed a new chief information officer to oversee the re-platforming of its post-trade technology infrastructure. Lynn Bishop has been promoted to CIO after serving over three years as its chief development officer, and before that, over two years as chief technology officer. She will be responsible for DTCC’s ongoing development and testing of all its technology that supports clearing and settlement, as well as advancing its strategic re-platforming of its IT infrastructure.

Independent Trading Group (ITG), Canada’s only brokerage firm dedicated specifically to professional trading, has hired Sean Debotte as its new president and chief executive officer. Debotte brings over 17 years of experience in the financial industry, most recently as CEO at Omega ATS.

Blockchain post-trade services provider Baton Systems has hired a former head of FX prime brokerage at Citi to lead its business across Europe, the Middle East and Africa (EMEA). Alex Knight has been appointed to oversee the firm’s expansion and build adoption of its payment infrastructure in Europe by the region’s banks and clearinghouses.Knight joins Baton Systems from Citi where he was formerly global head of sales and client coverage for the bank’s FX prime brokerage business. lead our team at this time.”

Trading Technologies (TT) announced the hiring of two new executives: Russ Cotton as chief operating officer and Craig Mohan as chief growth officer. Cotton’s prior experience includes serving as the Vice President of Operations at Intercontinental Exchange (ICE) as well as roles at Morgan Stanley and CQG. As TT’s COO, he will be responsible for the stability of the TT platform, managing the site reliability engineering and global support teams, and overseeing the global operations, security and IT organizations. Craig Mohan’s prior experience includes serving as CME Group’s Managing Director of Market Technology and Data Services as well as senior positions at various companies, including Citadel and Accenture. At TT, he will ensure the company’s continued growth, specifically with regard to product and business development for data and infrastructure products and services.

Ncontracts, a provider of integrated risk management and compliance solutions, promoted Stephanie Lyon to VP of Compliance. Lyon is responsible for leading the development and ongoing enhancements of Ncontracts’ Ncomply product. Lyon previously worked as Senior Regulatory Compliance Counsel at the National Association of Federally-Insured Credit Unions and was a Risk Management Specialist at GEICO FCU. She reports directly to Bill Simpson, Ncontracts’ CTO, and has two regulatory compliance experts reporting directly to her.