Stocks haven’t been fluctuating much, and as a result traders and investors have found the return-generation and hedging promise of the options market less attractive.

Most market participants say the lull represents a pause rather than a hard stop to options expansion, and puts and calls will be back in vogue before too long.

Volatility, as measured by the Chicago Board Options Exchange Volatility Index, has been less than 20 for most of 2012, in the low end of the VIX’s range over the past four years and a far cry from the 40s it had reached in the third quarter of last year.

Macro factors that drive volatility, such as economic and sovereign-debt news, generally cannot be predicted. At the same time, market participants note there are also structural factors that have depressed volatility, that can be expected to work themselves out over time.

“Banks are moving away from proprietary trading due to regulation, and that’s reducing the amount of risk capital in the market,” Callahan told Markets Media on March 14 at the Futures Industry Association conference in Boca Raton, Florida. “As you see certain players pulling away and trading less, volumes suffer as a result. Markets will adjust and normalize over time, but in the short run volumes may remain suppressed.”

Slow Quarter
U.S. options trading volume declined 7.7% in the first quarter of 2012 to 1.06 billion contracts, according to the Options Industry Council. The quarterly decline followed multiple years of approximately 20% annual increases, including a 17% rise in 2011 to 4.56 billion contracts.

Despite the first-quarter softness, options continue to show better year-over-year volume trends than equities, which declined 16% in the first quarter. 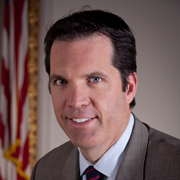 Markets will adjust and normalize over time, but in the short run volumes may remain suppressed.Tom Callahan, CEO, NYSE Liffe U.S.

As would be expected for a security whose value is derived off another’s, the use of options is highly influenced by activity in the stock market. “With equity trading volumes lower, there appears to be less urgency to hedge,” Pat Luongo, vice president of Credit Suisse’s algorithm provider Advanced Execution Services, said on March 19. “Right now, the markets seem stable and earnings appear good. We are also seeing some milestones with the Dow above 13,000, and the VIX is near a five-year low.”

“With the VIX being low it sucks the wind out of our sails and we haven’t come back from that yet,” said Pat Read, head of derivatives at agency broker-dealer ITG. “With people focusing on the uncertainty overseas we haven’t seen the activity back in our market. If the VIX is up into the twenties we will see the volume return.”

Options volume has sustained strength in recent years as more traders and investors have become comfortable with deploying the exchange-traded derivatives as part of their trading strategies. One notable growth demographic has been pensions and other institutional investors, more of whom now use options to hedge positions and manage risk.

Some market participants say the lull in volatility will be short-lived because the lead-up to the November presidential election is sure to stir things up.

“People are at a crossroads with where they think the market is headed,” said Tony McCormick, chief executive of Boston Options Exchange. “They are waiting for the result of the general election.”

The decline in options volume “may reverse itself, and I wouldn’t be surprised to see a lot of activity later in the year,” McCormick told Markets Media at FIA. “I’m not convinced that we won’t see a tenth year” of record options volume, he said.

A bullish case for the options market can be supported by the buy side’s increased acceptance of using electronic and algorithmic options-trading strategies – an institution with billions of dollars under management can move the dial in an options market with even a small allocation to an options strategy.

“Investors have come to understand that this product can be used even in a marketplace that goes sideways, and 2011 was the market that went sideways,” said Gary Katz, chief executive officer of the International Securities Exchange. 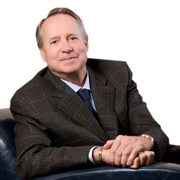 Options allow traders to profit as prices rise or fall, making a fluctuating-price environment an ideal scenario. Options traders can also make money in a static market by selling puts and calls and pocketing the proceeds.

“Options were used for creating insurance on portfolios that people owned or by writing calls against those portfolios to enhance the returns on those investments,” Katz said. “There is increasing sentiment that this is a product that not only could have been used during the crisis, but also when the market isn’t moving and isn’t generating a return, can be used to generate profits.”

The longer-term increase in options trading is “driven by global risk aversion” said Michael Syn, senior vice president and head of derivatives at the Singapore Exchange. “As volatility goes up, you tend to see a huge amount of trading. There is a need to insure yourself by buying insurance to protect your portfolio, or selling insurance in order to earn the insurance premium, which is basically what an option is.”

New Products
For their part, options exchanges have tried to bolster volume via new products and innovation. These include weekly options, expansion of dollar strikes spread-driven order books, more intuitive user interfaces, and better smart-order routing logic.
Brokers will be quick to introduce new technology to take advantage of the demand, as according to industry research there is an estimated $3 billion in annual buy-side commissions up for grabs in the options space. 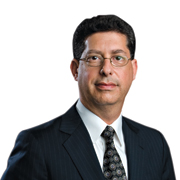 When things start to turn around and equity volume starts to grow, we will go back to seeing double-digit growth rates.”
Gary Katz, CEO, International Securities Exchange.

Weekly options in particular have taken off, accounting for as much as 10% of overall average daily options volume in the U.S. On some highly liquid stocks such as Apple, weeklies comprise as much as 40% of options trading. Buyers like them because of the increased leverage they provide to speculate on short-term moves, while sellers like them because the time premium in the option price quickly declines as expiration approaches. In anticipation of an upcoming event such as an earnings announcement, traders can take positions the same week rather than weeks in advance.

Given the options market has expanded by more than six-fold over the past decade, simple math dictates that subsequent growth will be more difficult to come by. So market volatility by itself becomes less able to spur year-over-year volume increases.

In an effort to expand the pool of options users, exchanges and brokers have emphasized education. The goal is to demonstrate to a wary institutional manager that options can be used for defensive and hedging purposes and should not be associated with the riskier over-the-counter derivatives that touched off the financial crisis several years back.

“We are always looking to educate,” said Luongo. “Clients are becoming more aware of options. We are seeing more non-traditional firms looking to trade options, such as pension funds.”

Hedge funds are another constituency that has warmed up to options, according to Read of ITG. “Specifically from traditional funds that were mainly long-short cash focused funds, now we are seeing them move into the derivative space with listed equity options and futures.”

Fund managers, including those at hedge funds, accounted for about as 42% of 2011’s options trades, up from 25% in 2006, according to Tabb Group. Retail traders make up 12% of options volume, while market makers account for the rest, or almost half.

Executives at options trading venues stress the importance of fully informing new players to the options game, including an explanation of the risks involved.

“Without education, it’s dangerous to use an option,” said Syn of Singapore Exchange. “It behaves much differently than the underlying.”

“We put a great deal of effort on education,” said Ed Tilly, chief operating officer of the Chicago Board Options Exchange. At the CBOE Risk Management Conference held in March, Tilly said one of the hot topics was raising the awareness of volatility and how to use it as an asset class. The ‘buzz’ at the event was about volatility and how it is moving to the mainstream for investors, as well as how to trade volatility through options and futures, according to Tilly.

“We are bringing an awareness of volatility on an institutional level as well as spending a great deal of time on the retail level,” Tilly said. “It’s a very big focus for us in 2012.”

Volatility as an asset class has grown to the point where now the CBOE is offering the VIX of VIX index, which tracks the volatility of VIX. The VVIX Index is an indicator of the expected volatility of the 30-day forward price of the VIX. The VVIX or any point on its term structure is calculated from a portfolio of VIX options using the same algorithm used to calculate the VIX.

One of the main headwinds faced by the options market is a weak market for the underlying equity.

“We’re seeing lower month-over-month average daily volume in equities and that’s impacting our business,” said Katz of the ISE.
An uptick in initial public offerings would be a shot in the arm for the options market, Katz noted. In the meantime, exchanges are trying to create their own volume via new products. “Continuous innovation and education for both retail and institutional customers about how powerful options can be, and the return of a strong underlying stock market will all lead to tremendous growth in the future,” said Katz. “I’m very bullish on long term growth prospects for the options business…When things start to turn around and equity volume starts to grow, we will go back to seeing double-digit growth rates.”