Sign up to receive exclusive articles on topics including: Select one or more newsletters you would like to receive:
Close popup
Home
By Rob Daly Editor-at-Large
Banks

“Lombard Risk sits on top of our Data Foundation,” said Ambreesh Khanna, vice president, product management Oracle Financial Services Analytics application. “Depending on what report the customer wants to file, the template can pull data directly from the Data Foundation, populate the template with the appropriate data, and, where the capacity exists, electronically file the report with the regulator.” 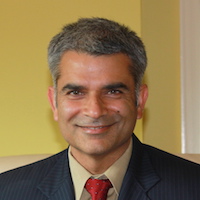 Technology and software providers are scrambling to meet demand from institutional brokers and buy-side investors as regulators in the U.S. and Europe push for more transparency across the trade life cycle, including post-trade reporting. The trend is expected to continue for at least a couple more years, as Markets in Financial Instruments Directive II doesn’t even go into full effect until January 2017.

Oracle and Lombard are trying to improve regulatory reporting through increased automation, but regulators continue to increase the amount of mandated reports as well as the increased details of those reports, he added.

According to a study published by policy analyst firm Federal Financial Analytics,  regulatory costs for six of the largest banks increased by 102%, or by approximately $70 billion,  from 2007 to 2013.

“These filings used to be siloed,” said Khanna. “Different parts of banks used to respond to different regulators. Now, regulators are asking for reports that are reconciled against each other. And regulations such as CCAR demand that all lines of business come together for the entire process.”

To address the increasing demand for data lineage, users of the new platform can double-click on any cell within the template to bring up the entry’s original granular data along with the rules used to compute the reported value. “We can take you all the way back in the data foundation and tell you where this particular data time came from,” he noted.

The platform currently supports all of the US Federal Reserve’s reporting templates with more to come on a quarterly basis,” added Khanna.