Sign up to receive exclusive articles on topics including: Select one or more newsletters you would like to receive:
Close popup
Featured
By Rob Daly Editor-at-Large
Daily Email Feature 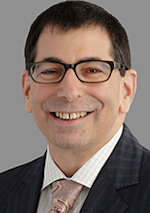 What was the most important lesson of 2018?

Political risk isn’t limited to foreign markets.  Brexit, European disarray, and selected emerging market flare-ups did put pressure on non-US equities in 2018. Yet, the reality is that political risk probably rose most in the US, and the markets ignored it for at least 11 months.

The US began its first substantive trade war of the WTO era, undermined relations with a myriad of historical allies, and saw the executive branch try to intrude on the independence of the Federal Reserve.

If an emerging market had taken these actions, its equities and currency would have been crushed.  Actions such as this will accelerate the decline in America’s “exorbitant privilege” and likely point to a more challenging 2019 for US markets.

Will Wall Street return to focusing on innovation to drive alpha in 2019?

The rise of machine learning is undoubtedly one of the most obvious ways firms are looking to beat their peers.  Machine learning is, to my mind, the third step in the evolution of tools to understand financial markets following the Graham and Dodd era with a pencil and paper, the 1970s with programming languages, and SQL databases allowing institutional managers to analyze more data faster. Until now, we have relied on “linear relationships” to build models to understand market behavior. However, with machine learning, quantitative managers can model the markets more like our brain naturally does, in “nonlinear ways.” This will be a fertile area where a broad array of solutions will be executed, likely leading to less “factor crowding” that has been so common for quantitative managers for the past several years.

Will 2019 be the ’Year of Institutional Crypto?”

It will not. Cryptocurrencies have only succeeded in the ability to transfer money relatively anonymously.  By other traditional metrics, it has been an unmitigated failure.

The initial appeal of bitcoin was its finite supply, making it a more stable store of value as opposed to central banks which can print money indefinitely. But with more than 1,500 competitors in the ecosystem, the supply of cryptos has become extremely open-ended. Crypto also has failed to take off as a means of exchange, with little infrastructure or willingness for cryptocurrencies to support traditional commerce. Finally, with governments including the US deeming them assets, crypto sales are now taxed based on their gains or losses. This severely limits their utility, especially for those hoping to create exchange-traded mechanisms for cryptocurrencies.