Distributed ledger technology is having significant effects on financial firms’ workflows, but will it lead to a ‘re-rationalization’ of their corporate IT infrastructure as well?

It is too soon to tell, Ralph Achkar, director of strategic alliances at Colt Capital Markets, told Markets Media.

As various Wall Street consortiums and firms build their proofs-of-concepts, the only examples of DLT in production are the different digital currencies that rely on the enabling technology. 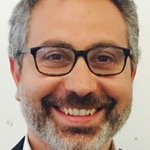 “If we looked at DLT itself, we would not have guessed that this technology would result in multiple exchanges and people trying to use smart order routers to route orders among the exchanges like they do in equities and futures,” he said.

If Wall Street continues to do what it does today in the same fashion but using DLT, Achkar doubts that adopting the new technology would have a direct impact on corporate infrastructure.

However, since DLT promises to simplify workflows and improve process efficiencies, he believes that DLT adoption will have an indirect effect on network architecture.

“A firm could be using a specific provider that uses whatever technology that is available today,” Achkar explained. “Then going forward, a new fintech vendor comes up with new ideas to use DLT to make the same activity more efficient. Now the firm has a new destination it needs to access.”

He suggests that businesses look to what applications will be hanging off the back end of their digital ledgers and how those will affect their infrastructures regarding where and how they plan to host those applications.

Achkar also has seen some companies have approached the infrastructure vendor asking if it would be feasible to deploy blockchain’s hash-based encryption at the network level for data in transit.

“It’s not the first time companies have requested encryption at the network level,” he said. “What is new about it is that the encryption method they want to use is different than what we have done before.”

In the meantime, Colt is in discussions about creating a proof-of-concept of its own but has not progressed beyond that stage, according to Achkar.