Sign up to receive exclusive articles on topics including: Select one or more newsletters you would like to receive:
Close popup
Home
By Markets Media
Latest News

Susan Estes, Co-Founder, President and CEO at OpenDoor Securities, was recently featured in Markets Media’s #WomenCrushWednesday report. We caught up with her to ask about her career experience.

How did you initially break into capital markets and what has your experience been like working in bond markets? 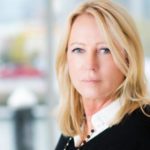 I had a professor in college who told me if I got the chance I should go to Chicago and visit the futures exchanges. He felt it was a career in which I would excel. It was 1981, and the fact that the exchanges were male bastions did not stop him from encouraging me to pursue that path. My parents lived out of the country at the time, so I packed up my Volkswagen Beetle with everything I owned (which fit easily in the car) and drove from Southern California to Chicago. I never looked back.

I was first hired as a runner on the Chicago Board of Trade by the floor manager of a grain company. He took one look at me and sent me to the South Room where financial futures had not yet gained traction. The GNMA contract was failing and the bond futures contract was just being introduced. He didn’t think financial futures would stand the test of time, and so it was a place where I could do no harm.

As a naïve twenty-something, I was on the floor for a few weeks before I made the connection between the cash and futures markets. Once I did, I began looking for a job off the floor in the cash market. Six weeks later I was off the floor and working with one of my great mentors, Marc Bajer, who headed institutional sales in the Midwest for Kidder Peabody. Two years after that I was running the Chicago futures office for the now-defunct Carroll McEntee and McGinley.

Jump forward another two years, I was hired by Morgan Stanley where I spent another year in institutional sales before being offered a trading position in New York. I gladly accepted. It was the start of a 16-year career at the firm, where I rose through the ranks to become the first woman to run a primary dealership. I then left to run Fixed Income North America for Deutsche Bank.

When I look back on the combination of luck and the immense amount of preparation and hard work it took to push forward as a woman, I am grateful for all of it. It wasn’t always an easy journey but every hurdle along the way provided an experience to learn and helped mold me into a better leader.

Over the course of my career, I’ve seen markets shift, I have been in and out of a few different economic recessions and have traded through every major crisis from the equity market crash in 1987 to the failure of Long-Term Capital and the Asian crisis, the sub-prime disaster and the failure of Bear Stearns and Lehman Brothers. I’ve always remained fascinated by the market and market structure.

What is the most drastic market structure change you’ve experienced during your career?

The biggest shock to the system I’ve experienced was the sub-prime crisis. It nearly brought down our financial system. Its aftershock is still reverberating, with quantitative easing and regulatory reform altering — albeit inadvertently — the way the largest and most liquid of all debt markets now trades.

Quantitative easing started a race to zero in rates and removed a significant portion of off-the-run (OFTR) securities from floating supply. Regulation reduced incumbent dealers’ ability to warehouse risk and coincided with an arms race among high frequency traders (HFTs) which were unconstrained by regulation and built faster and faster bots in a high-stakes, high-speed race to maintain their edge. As a result, dealer volumes went down and OFTR turnover slowed to a crawl as HFT trading volumes rose significantly in OTRs.

The bifurcated market that exists today, split between the OTRs, traded electronically and dominated by trading firms with sophisticated algorithms, and OFTRs held by true investors that trade by voice or RFQ, among a group of which the majority lack the technical sophistication of the HFTs or PTFs, is one that will be challenged in any sustained period of increased volatility and rate hikes.

What was your motivation behind becoming an entrepreneur and starting OpenDoor?

The desire to address structural market issues was my personal driver. The U.S. Treasury market has more than tripled in size, from less than $5 trillion prior to the crisis to greater than $15 trillion today, adding to the potential instability.

The precarious market structure, evident in both liquidity bifurcation and the asymmetry in technological skills, is not the result of any grand design, but rather the lack of one.What may not be apparent to newcomers is that the OTR and OFTR market segments were far more closely connected prior to the subprime crisis than after. In years past, the technological barriers between the haves and the have nots did not seem quite as insurmountable. It was the lack of recognition that any structural fissures existed that ultimately challenged me to seek a solution and start OpenDoor.

What has been the biggest risk you’ve taken in your Wall Street career?

OpenDoor is by far the largest market bet I’ve ever placed. It’s one thing to structure a trade to capitalize on a market inefficiency and quite another to build a company to try to fix one.

Our firm was founded to bring more transparency and liquidity, while reducing transaction costs. We’ve done this by introducing a neutral trading platform in a corner of the Treasury market that has been historically opaque: OFTRs and TIPS.

We have a strong team who are taking innovative technological approaches to form larger pools of liquidity with the first all-to-all, session-based, anonymous trading structure for U.S Treasury securities.

OpenDoor is the first women-owned and operated bond trading platform in the world and is licensed as a Women and Minority Owned Business Enterprise (WMOBE).

In the 18 months since launch, we have had over $1.25 trillion in orders, with multiple billions of matched trades and have been widely recognized for the changes we are beginning to make in the broader marketplace. And we are just getting started. Look for continuous auctions, solving the rubix, to be delivered in Q1 2019. Stay tuned.

What advice would you offer young, aspiring females who want to pursue a career on Wall Street?

Any woman who possesses confidence in her abilities, works hard and stands ready to defend her ideas, has the temperament for Wall Street. Once in the arena, I believe the differentiator that separates women that achieve great success from their peers, is the degree of passion. Women that I know who have excelled in this predominantly male environment come from very diverse backgrounds, but are bound together by one common element: They each love what they do.

My advice to young women who have chosen finance as their desired career is simply be yourself. Find what you love and pursue it. Don’t hesitate, don’t hold back, and as you reach for the next level, maintain a high bar. Work twice as hard as the person next to you and never, ever compromise what’s right for what’s easy.