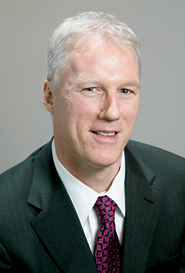 The hotly debated access fee pilot could cost investors a lot of money – a ton if you believe the argument and estimates from the exchange operators.

According to the New York Stock Exchange, in arguing against the Transaction Fee Pilot, offered an analysis that concluded it would cost investors between $1 billion and $4 billion annually in the form of wider spreads. ITG respectfully takes issue with this analysis (and the estimated price tag).

First, ITG said NYSE predicts spreads for all pilot stocks would widen by 2x the amount of the rebate reduction. This assumes that only market makers, and not natural buyers, always set prices.

Secondly, NYSE’s analysis includes the total number of shares traded in the U.S., including MOO, MOC and off-exchange trades reported to the TRF, which together amount to almost 50% of U.S. trading. These trades are not impacted by changes to maker-taker pricing.

“We would expect that reductions in excessive intermediation (i.e. trading for the sole purpose of capturing rebates) would enable the buy side to improve its ability to trade passively and capture more spread,” ITG’s Doug Clark said.

Lastly, looking to the Great North the US can glean some insight. Clark noted that In 2015, Canada cut exchange access fees from 30 mils to 17 mils, without experiencing any notable increases in spreads.