Bitcoin. Everywhere one turns, people are talking about the cybercurrency. 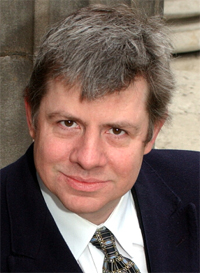 Clem Chambers, CEO of private investors web site ADVFN.com said crypto, and right now Bitcoin especially, is the new gold. He told Traders Magazine that the new token is better at doing what gold lovers like to do with gold, store it for the day before the end of the world when they expect gold will be the only thing that will retain value.

“Even without crypto replacing gold for this job, gold isn’t actually good insurance for when the world comes unpicked. As people that swapped their gold for a cigarette in WW2 found out, gold is not great money,” Chambers said. “However, there is a market need for an asset as insurance again disaster and gold has filled that niche for a very long time: it is now losing the niche to bitcoin and losing it fast”

Despite its volatility, Bitcoin’s future is still very unclear – it is prone to extreme price moves and news – but should the current rise in prices continue Chambers said a bull market should resume.

“We are going to have to see if a new trend forms before we know which path we are on, but if the bear market trend is left behind, the next crypto-boom will be on its way. Bitcoin will then take over gold’s primacy as the place to stash money for times when the wheels come off global stability,” Chambers said. “What caused Bitcoin sudden unexplained spike was Chinese devaluation. It was the insider reaction to imminent, planned, significant and perhaps rolling Chinese currency devaluation that set off this rally. It was a group of insiders buying bitcoin for Chinese yuan before the devaluation that took place two days later struck. This devaluation process has been going on for weeks but it accelerated recently. Very rich and powerful people, in the know, dumped their yuan for bitcoin as bitcoin may as well be dollars and can become dollars quickly. If the (Trump) trade wars go into meltdown then bitcoin will ‘moon’ because huge amounts of Chinese currency will be swapped for BTC as the yuan-denominated super-rich move to be hedged from the wealth privations of devaluation. Bitcoin, not gold, is and will be the asset they will run to first.”