That’s the view that OTC Markets and Cromwell Coulson are taking after the Securities and Exchange Commission expanded the purview of Regulation A+ for SEC reporting companies. 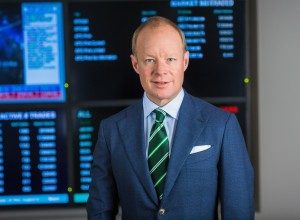 In background, OTC Markets Chief executive Officer Cromwell Coulson told Traders Magazine that he has been a strong proponent of the JOBS Act since it was enacted in 2012 and continues to support initiatives that promote small company capital formation, entrepreneurship and small business growth. He views the expansion of Reg A+ as furthering the power of smaller companies to come to the market and raise capital.

“We are pleased to see the culmination of our advocacy to extend the benefits of Regulation A+ eligibility to SEC reporting companies,” Coulson said. “This key change will be instrumental in leveraging technology to fuel small company capital formation and increase the number of public companies that can efficiently access our capital markets.”

“Allowing fully SEC reporting companies to utilize Regulation A+ enhances capital formation opportunities for these job-creating companies,” said Dan Zinn, General Counsel for OTC Market Group.  “We thank the members of the House and Senate who voted to pass S.2155, and specifically appreciate the work of Congresswoman Kyrsten Sinema (D-AZ) and Congressman Trey Hollingsworth (R-IN), who were the lead sponsors of the Improving Access to Capital Act in the House.  The efforts of Representatives Sinema and Hollingsworth, along with cosponsors Rep. Roger Williams (R-TX), Rep. French Hill (R-AR), Rep. Luke Messer (R-IN), and Rep. Brad Sherman (D-CA), led directly to this important initiative becoming law.”