Don’t jump to any conclusions just yet. 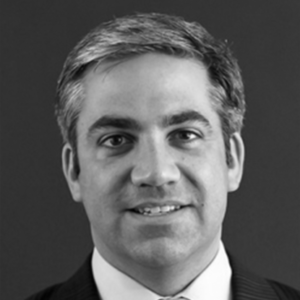 That’s what Jay Arcata, a lawyer by education and the vice president of client operations at BX3 Capital, a business advisory firm that helps companies get situated with fundraising and professional services, said about the recently discussed Keep Big Tech Out of Finance Act. The Act, currently in draft form in the House of Representative, would forbid online platforms with annual revenue of at least $25 billion from either becoming or affiliating with financial institutions, as well as preventing them from issuing their own cryptocurrencies.

Arcata told Traders Magazine that effectively, this bill is a reaction to Facebook’s proposed Libra cryptocurrency. He said that first, it is important to note that this is a “discussion draft” at this point and not a full-fledged bill.

“Second, this seems to have been hastily assembled and is clearly a knee-jerk reaction to Libra.  While we know that Libra is the intended target, as drafted, the bill is more far reaching and could have impact on blockchain adoption more generally,” Arcata said. “The Bill actually seeks to do more than keep big tech out of crypto – title suggests that intent is to keep big tech out of finance altogether.”

As drafted, the Act would ban any tech company of a certain size from creating, operating or managing a “digital asset”. Arcata noted that the term “digital asset” is undefined at the outset of bill and will rely on the Board of Governors of the Federal Reserve System to define. But regulators are already defining digital asset as “an asset that is issued and transferred using distributed ledger or blockchain technology, including, so-called ‘‘virtual currencies’’, ‘‘coins’’, and ‘‘tokens.’

“The text of the bill reveals a lack of appreciation/understanding of what a digital asset actually is,” Arcata said. “It can be argued that the US dollar is effectively a “digital asset,” so “digital assets” are neither new nor a threat to our monetary system.

He also pointed out that there is a big difference between “cryptocurrency” and “digital assets.” First, a cryptocurrency is a digital currency in which encryption techniques are used to regulate the generation of units of currency and verify the transfer of funds, operating independently of a central bank. In contrast, a digital asset is any text or media that is formatted into a binary source and includes the right to use it. Digital files that do not include this right are not considered digital assets. Digital assets could be anything from motion pictures to documents.