Cryptocurrency trading continues to mature and has brought a massive migraine for the buy side’s middle- and back-office operations due to a lack of standard identifiers. 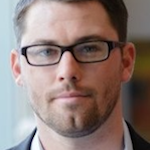 “It’s especially challenging in crypto than any other asset class since you are dealing with a naturally decentralized ecosystem that was unregulated at its beginning,” Jake Benson, founder and CEO of Libra, told Markets Media. “There are no CUSIPs.”

One cryptocurrency, such as bitcoin cash, can trade under multiple symbols, which further complicates procedures in the middle and back office.

“One exchange may refer to it as ‘BCH’ while another one refers to is as ‘BCC,'” he noted.

Standardization cannot come soon enough for the market, but Benson expects that it with be the US Securities and Exchange Commission and the Commodity Futures Trading Commission that drive standards adoption.

“Once they make it clear what type of reporting is required, that is going to drive standardization efforts,” he said.

In the meantime, the industry will need to develop and adopt proprietary workarounds similar to Thomson Reuters’ Reuters Instrument Code for the cryptocurrency market.

Libra soft-launched its Libra Identifier as a bundled reference-data offering with the vendor’s Libra Crypto Office middle- and back-office platform earlier this year.

The offering provides a normalized view of the expanding array of assets, not to mention the trade pairs, according to Benson. “The current version is essentially a table of all the assets that trade, where they trade, and what they trade against as well as which pairs are available at each venue,” he added.

The second version of the reference data offering is slated for launch in the coming months and will include features, such daily deltas and which new pairs are trading daily.

Libra eventually expects to monetize its reference data offering given the time, effort, and resources that have gone into its development, according to Benson.