Marlon Paz, partner at Seward & Kissel LLP who previously served for six years at the SEC was charged with developing the agency’s position on regulatory and enforcement matters and likes the proposed changes. he told Traders Magazine for its new QUICK TAKE series.

So, is this a good thing or bad thing? 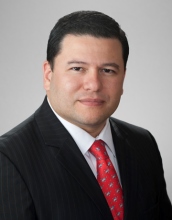 “The proposed amendments to the Loan Provision of Regulation S-X properly focuses the analysis on beneficial ownership rather than on record ownership and replaces the existing 10 percent bright-line shareholder ownership test with a ‘significant influence’ test,” Paz told Traders Magazine. “The SEC is attempting to bridge the gap between the main concern behind the Loan Rule and the reality of the way most shares are held today – in so-called ‘street name’ – typified in concepts in NYSE Rule 452.”

He explained the SEC recognizes that the financial gain of ‘beneficial owners’ may have stronger incentives to influence the auditor’s report, but ‘record owners,’ on the other hand, likely do not benefit directly from the performance of securities of which they are record owners, and as such, they may have low incentives to affect the report of the auditor.

“The US clearance and settlement process, and method of ownership, often surprises the investing public,” Paz said. “These realities, however, are at the heart of the proposed amendments to the Loan Provision of Regulation S-X.”