The relationship between market regulation and trading technology is not unlike that of two elite marathon runners during a race: each need to stay abreast of where the other is and not fall too far behind.

For regulators, the challenge is to ensure that trading technology doesn’t compromise the fair and orderly functioning of markets. For developers of trading technology, the challenge – and the opportunity — is to build systems and software that provide the fastest, most powerful end-user experience, while complying with a framework of rules that will remain in flux for at least the immediate future. 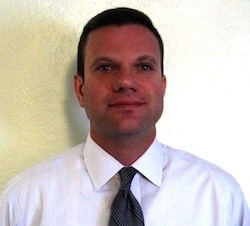 “Adapting trading technology to market structure has been a constant, almost obsessive, pursuit,” said David Zinberg, principal in capital markets at consultancy Infosys Ltd. “The cycle of structural innovation and technological adaptation may be viewed as a virtuous circle or a vicious circle, depending on your point of view.”

To be sure, trading technologists’ over-the-shoulder eyeing of regulators and market-structure developments is not new – heightened vigilance has been present at least since the 2000s, with the advent of Regulation National Market System and other substantive rule changes addressed the newly electronic market and set the stage for increased competition. But the dynamic is as strong as ever now, as technology adapts to a wave of new regulations that require pre- and post-trade risk checks and may rein in algorithmic and high-frequency trading.

In the U.S., Dodd-Frank, and the Large Trader Rule and Market Access Rule hold the most implications for trading technology, while in Europe, MiFID II is making waves with proposed curbs on automated trading.

Such rules raise the bar for risk management and pre-trade risk controls, while increasing technology costs, said Patrick Lastennet, director of financial services marketing and business development at Interxion, a provider of co-location and data-center services.

One focal point of both regulators and trading technologists is how to minimize human error. That risk has been reduced structurally over the years with the migration toward low-touch electronic trading, but the human element is never be completely removed from the equation.

The risk goes far beyond ‘fat-finger’ errors that can lead to trading losses for an individual firm. “The larger and more difficult challenge is to prevent the kind of systemic fat-finger error,” said Zinberg.

And even for the most highly automated trading firms, the human element is behind the scenes. “Automated market makers and high-frequency traders do not type orders into an order management system and press execute,” said Zinberg. “As the Knight Capital incident demonstrated, a code-based error in an automated, hyper-fast environment is far more dangerous.”

On the buy side and the sell side, much progress has been made in the battle against manual order-entry mistakes. This is at least partly attributable to improvements in order and execution management systems.

“For several years, brokers and OMS/EMS vendors have widely implemented robust risk-limit functionality to prevent manually generated errors” such as extra  zeros on an order quantity or a stuck send button, said Zinberg. “The exchanges should do the same for their broker-dealer customers.”

Much of the ongoing regulatory push can be seen as a response to two events of recent years: the financial crisis of 2008-2009, which many considered evidence that the broad framework of market rules was too lax; and the so-called ‘flash crash’ of June 2010, which showed definite chinks in the armor of market structure. Over the past two years, U.S. regulators have been coming to grips with technological issues associated with automated trading.

In the wake of the flash crash, the SEC and CFTC formed a joint committee that later recommended the implementation of minimum quoting requirements by market makers, restrictions on co-location and direct access, and liquidity rules such as penalties for rapid order cancellation. High-frequency traders and industry groups such as the FIA Principal Traders Group, generally support the study’s findings and recommendations.

Aside from having to adjust to transaction-focused rules, trading technology is also adapting to changes what types of trading venues are open for business and what are the comparative advantages of each, whether it be an exchange, broker crossing network or dark pool.

Canadian regulators recently implemented a rule that benefits exchanges by requiring that dark pools offer significant price improvement in order to handle an order. For brokers, the rule adds complexity and steps to routing an order, creating a need for new technology; market participants do not expect this regulation to be enacted in other markets, but it is an example of how the regulatory tail can wag the technological dog.

Even in a hypothetical world with more self-regulation and less external regulation, new rules would drive technology, and vice versa. For instance, the International Standards Organization’s ISO 9000 family of standards for quality control could serve as a template for high-frequency trading, according to a recent draft paper by the Illinois Institute of Technology’s Stuart School of Business.

As an alternative to regulation, “HFT 9000” is an ISO 9000-style quality management system specifically designed for practitioners of automated, algorithmic, and high-frequency strategies.

“By following ISO 9000-style standards, an HFT firm can satisfy their organizational obligations to prove and document that its HFT strategies and technologies will operate safely,” the paper said.

Ultimately, the cycle of technology chasing the regulation that chases technology will continue.