Regulation Can Be a Tailwind in the Race Against Disruption 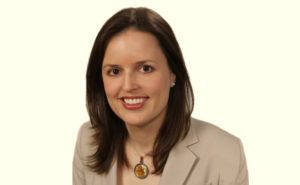 With digital transformation affecting nearly every industry at lightning speed, the question remains whether regulation will be able to keep pace. It might take decades for regulatory policies to develop fully, yet an industry-disruptive unicorn start-up can explode in popularity overnight.

This kind of boom has some wondering how the regulation governing the financial services industry will be able to achieve the same pace as the innovation. Between fintechs, cryptocurrencies, and emerging technologies including AI and blockchain, regulation needs to address a variety of disruptors to protect the consumer. At the same time, it should not impede industry innovation.

Of course, there doesn’t need to be this fear of hindering innovation. In the financial services industry, regulation has the power to enable firms to think creatively in the process of complying.

Financial institutions inevitably want to be innovating, but financial pressures and time constraints can cause firms to be more reactive than proactive. As counter intuitive as it sounds, regulatory mandates actually can be a way to compel firms to adopt measures that will lead to innovation.

A primary example of this was the initial focus on universal Legal Entity Identifier (LEI) adoption. Each LEI contains information about an entity’s descriptive characteristics and structure and help answer the question of ‘who is who’ and ‘who owns whom,’ making them integral for reducing systemic risk. Following the global financial crisis, the Office of Financial Research encouraged adoption of LEIs rather than mandating them. The industry knew that LEIs were meant to reduce systemic risk, but with LEI costs and the effort needed to launch and support the project, the LEI was not adopted universally.

The European Markets Infrastructure Reporting (EMIR) mandates reporting of all derivatives to Trade Repositories (TRs), who then centrally collect and maintain the records of all derivatives contracts. It was aimed at improving the transparency of over-the-counter (OTC) derivatives markets and, in doing so, reduces risks to financial stability. EMIR was first established in 2012, and in the wake of the 2008 financial crisis, it served as a reminder to the industry that transparency would be key to rebuild and move forward, thus creating a foundation for innovation and greater efficiency. It was EMIR and the CFTC Rules under Dodd Frank that drove the initial surge in LEIs.

The establishment of Markets in Financial Instruments Directive (MiFID) II was another instance where regulation offered a useful nudge to the industry. This European regulation is quite broad, but one of the key requirements demanded that all legal entities involved in a trade include an LEI in European trade reporting. MiFID, therefore, became a huge global regulation and resulted in massive LEI expansion.

The MiFID II mandate worked in driving adoption. Just 551,000 LEIs were issued in the few years before the implementation of MiFID II, compared to 1.3 million in the 18 months after. Rather than detracting from firms’ innovation, regulation enabled standardization that served as an impetus for greater industry-wide efficiency.

Taking a look at our current financial services landscape, a more recent example of the potential for regulation to act as a spark for innovation can be seen in the Office of the Comptroller of Currency (OCC)’s fintech charters. On July 31, 2018, the OCC announced it would begin accepting applications from non-depository fintech companies for special purpose national bank charters. Adding challenger banks to the equation increases competition for traditional institutions. Competition leads to innovation which now unlocking the need for banks to rethink their strategies and update their legacy systems. This benefits consumers and spurs industry-wide progress.

It is difficult for firms to strike a balance between forward-thinking initiatives and day-to-day management. Regulation is an external force that causes us to pause and reassess our ways of thinking. That kind of push can force new behaviors – a push that our industry often needs.

So what is the best way to prepare for upcoming regulations and understand what others in the industry are doing to drive further progress? Get involved with industry groups to be aware of what is on the horizon, collaborate with your peers on the opportunities and challenges inherent in impending regulations, and support the industry standards, even if not a direct need today. That way, you will remain one step ahead in the race against disruption.

Kristin Hochstein is the vice-chair of ISITC and executive sponsor of ISITC’s Regulatory Forum and Reference Data and Standards Group. Kristin leads entity data services for Refinitiv, formerly the financial and risk business of Thomson Reuters. She holds degrees with honors from the University of Richmond in Business and French and from Columbia Business School, where she received an MBA.