Sign up to receive exclusive articles on topics including: Select one or more newsletters you would like to receive:
Close popup
Sectors
Hedge Funds

Regulations on a national and global scale are having a direct impact on the backbone of the U.S. financial system—clearing, collateral, central securities depositories and other functions that form the critical infrastructure of capital markets.

On a national level, the two major securities regulators in the U.S.—the Securities and Exchange Commission and Commodity Futures Trading Commission—as well as self-regulatory organizations such as Finra and the individual exchanges have implemented a blizzard of new regulations stemming from the Dodd-Frank Act, which promises sweeping reforms to Wall Street, as well as events such as the 2010 ‘flash crash’.

These include a consolidated audit trail, large trader reporting, legal entity identifiers, and numerous structural changes such as market-side circuit breakers and the market access rule.

While in Europe, MiFID II, Emir and other regulations are introducing similar changes at a supranational level.

And globally, the G20 group of nations has mandated a system of reforms, many of which are being enacted under Dodd-Frank and Emir, aimed at making the financial system more transparent and resilient, including the creation of central counterparties and trade repositories for clearing and reporting OTC derivatives transactions, as well as a system of global legal entity identifiers.

Buy-Side Challenges
The scope of these changes will entail massive retooling by the industry.

“Substantive challenges exist across the major areas of regulatory change—reporting, clearing and execution,” said Gina Ghent, managing director and head of equity derivatives at MarkitSERV, a provider of electronic trade processing for OTC derivatives. “Even if the buy side doesn’t have direct responsibility for something like trade reporting, for example, it doesn’t mean that they will not have to adapt in terms of re-engineering workflows and increasing the speed of their processes.”

The global move towards reducing operational risk coupled with the drive towards shortening settlement cycles will require investments in automation across the trade lifecycle.

“Europe has already agreed to shorten the settlement cycle across the European Union to T+2 in 2014 and Sifma[the trade body for banks and asset managers] and the DTCC [the U.S. securities post-trade group] are currently investigating shortening the settlement cycle in the U.S.,” said Matthew Nelson, executive director of strategy at Omgeo, a provider of post-trade services. “These are major initiatives that will require investment over the next several years to comply.”

The buy side has largely escaped many of the more onerous regulatory initiatives, such as those focused on capital adequacy, but that’s not to say they are escaping all regulatory change.

“Buy-side firms will need to comply with new requirements for OTC trading, clearing and margin requirements, [as well as] transparency and reporting, all the while keeping pace with the overall drive towards reducing operational risk and improving automation,” said Nelson. “Each of these brings considerable cost and complexity.”

In the U.S., the Volcker Rule, which aims to limit risky behavior within banks, and the large trader and market access rules, in particular, are expected to have the greatest impact on trading systems. 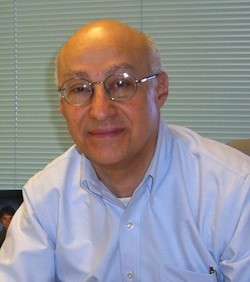 “These rules require that trade transactions be monitored, certain calculations be moved closer into the trade order generation process, and more transaction level details be retained for audit reasons,” said Sinan Baskan, vice-president of capital markets at SAP, a software vendor. “New applications that consume detailed data will be developed and executed at trading time, and the data retention needs will add to the data warehousing capacity requirements.”

Ahead of a December 31 compliance deadline with major Dodd-Frank rules, the International Swaps and Derivatives Association (Isda), a trade body, and Markit, a financial data vendor, have launched a technology-based initiative that automates the information-gathering process and provides sharing of submitted data and documents to counterparties.

Called Isda Amend, the new compliance service will make use of the Markit Document Exchange platform, a service already used by swaps market participants to manage counterparty documents, to facilitate the secure sharing of numerous documents with a multitude of counterparties electronically.

Swap dealers must sign amendments to their Isda documentation with impacted swap counterparties to become compliant with these Dodd-Frank rules.

Major dealers may have in excess of 10,000 counterparties with whom they have signed master agreements, and many end-users may be counterparties with multiple dealers. This creates significant levels of legal and administrative complexity and the potential for duplication of efforts as firms attempt to comply with the new rules.

“The push for transparency will ultimately result in a lot more data to process,” said Patrick Lastennet, financial services director of marketing and business development at Interxion, a data center provider.

“In fact, the clearing houses are now estimating that they’ll have to process up to a hundred times more data than they do today. It will also have to be done in real time, which puts extra strain from a compute and connectivity perspective, as compared to the batch processes in place now.”

Isda’s Dodd-Frank documentation initiative will provide a standard set of amendments, in the form of protocols, to facilitate updating of existing swap relationship documentation for Dodd-Frank compliance.

“Part of the challenge for the buy side is the velocity of change and rapid approach of key compliance deadlines said Lansing Gatrell, co-head of Markit Document Exchange. “The new external business conduct rules, for example, result in multiple dealers making complex, simultaneous demands on their buy-side clients. We’ve designed the Isda Amend solution to streamline what the buy side has to do.”