SEC Delivers Clarity on Cryptocurrencies, Tokens and What is a Security

Depending whom you ask, the SEC either delivered a bombshell on cryptocurrency or merely clarified its thinking on when these instruments are “securities”.  But either way, the policy that it announced yesterday at the Yahoo! Finance All Markets Summit represents a significant leap forward toward legal certainty for tokens and cryptocurrency. 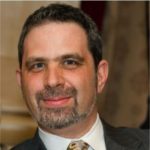 But putting aside the breathless headlines about bitcoin and ether, the real news was the SEC’s core question – “Can a digital asset that was originally offered in a securities offering ever be later sold in a manner that does not constitute an offering of a security?” – and its answers: likely “no” “in cases where the digital asset represents a set of rights that gives the holder a financial interest in an enterprise; and likely “yes” in cases where the token is no longer being managed by a central enterprise, or where the token is sold “only to be used to purchase a good or service available through the network on which it was created.”

Two nuances are key: first, the SEC still assumes initial offerings of digital assets are securities. Second, as digital assets mature, the SEC’s initial assumption can change. Fleshing out these nuances will take time, but in the meantime the SEC offered some guidance on its thinking.

The analysis starts with the definition of an “investment contract” articulated in SEC v. W.J. Howey Co.: “an  investment of money in a common enterprise with an expectation of profit derived from the efforts of others”. The key here is “efforts of others”, which suggests the first difference between cryptocurrencies and securities:

“If the network on which the token or coin is to function is sufficiently decentralized – where purchasers would no longer reasonably expect a person or group to carry out essential managerial or entrepreneurial efforts – the assets may not represent an investment contract.”

The federal securities laws embody the notion that investors are entitled to information that is material to their investment decisions.  Because this information usually resides exclusively with third-party promoters, promoters must disclose what they know about the details and risks associated with a venture. This leads to the second difference:

“When the efforts of the third party are no longer a key factor for determining the enterprise’s success, material information asymmetries recede. As a network becomes truly decentralized, the ability to identify an issuer or promoter to make the requisite disclosures becomes difficult, and less meaningful.”

The key, therefore, is to look beyond nomenclature like “security token” and “utility token” and examine the economic realities when the token is initially released and as it matures. The following questions from the SEC are useful benchmarks at creation:

If the answers to these questions are “yes”, the tokens are likely to be securities. Even then, the analysis isn’t finished, because the Supreme Court has held that if the primary purpose of an asset is to enable the use or consumption of something, the asset may not be a security even if it otherwise looks like one.  Thus, the SEC offers these further questions to guide the legal analysis:

The banner headline for the day seems to be “SEC says Bitcoin and Ether are not Securities”, which the SEC did actually say.  But the headlines obscure the real news: for the first time, we have a definitive framework for figuring out what else besides bitcoin and ether are not securities. It will be interesting to see what the market does next.