After a long period of regulatory status quo, Wall Street should brace for a quicker tempo from the US Securities and Exchange Commission for the rest of the year.

During a recent market structure symposium hosted by the Security Traders Association and the University of Chicago’s Booth School of Business, Chairman Jay Clayton noted that the SEC would vote on the final rule of the 2015 proposal to enhance automated trading system disclosures as well as the 2016 proposal on broker order-routing disclosures in the coming months, according to James Toes, CEO of the STA, during an open call hosted by the STA Foundation.

For the industry, it has until May 13 to file any comments regarding the SEC’s proposed access-fee pilot.

If the SEC decides to push forward with a slightly revised or as published proposal, the industry would have a month before the regulator turned the proposal over to the Department of Economic Research to establish baselines for the metrics the SEC want to measure regarding market quality, which should take six months, according to Doug Clark, head of Americas Market Structure at agency brokerage ITG and who was also on the call. 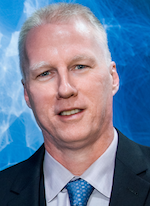 “At the end of the six months, you would have the trading changes in the various buckets,” he added. “I think at that point the SEC would inform the market which securities would go into which bucket, which metrics the SEC is looking at so that we all can understand how the proposal is going.”

Clark has seen universal pushback from those who like and dislike the proposal that there is a lack of clarity regarding the goals that the SEC hopes to achieve with the pilot, which metrics it plans to use, and how the regulator intends to define the project’s success or failure.

The SEC does not need to publish a granular formula, but it would be useful to know how it would view potential results like a simultaneous drop in volume and institutional costs or wider spreads with lower volatility, he added.

Such a release would not repeat issues facing the tick-size pilot, which the SEC could end on October 3.

In the meantime, the SEC has charged the SROs with issuing an assessment report based on 12 months worth of pilot data, which should be released in early July.

“The industry will then have two or three months to look at the data, interpret, and comment on which parts, if any, of the tick-size pilot should continued or turned off and scuttled,” said Toes.

Regulation in the Round
Although the access-fee pilot and the tick-size pilot were two of the recommendations made by the SEC’s now-shuttered Equities Market Structure Advisory Committee, the regulator has opted to have its Division of Trading and Markets host a number of industry roundtables to address further market structure issues for the equities market.

The first roundtable, which addressed thinly traded securities, took place on April 23. The SEC has not released the dates for the roundtables on access to markets and market data as well as regulatory approaches to address retail fraud.

By running roundtables, the SEC does not have to go through same regulatory paperwork it would to start an advisory committee like ESMAC or the Fixed Income Market Structure Advisory Committee, according to Toes. “It also gives them tremendous flexibility as far as getting the right participants for a particular issue.”

ITG’s Clark noticed that the recent roundtable brought a lot of industry firepower to bear on the issues regarding thinly-traded securities.

“It had 24 senior representatives from across the buy side, sell side, and marketplaces as well as market makers,” he noted.

Industry roundtables may provide the SEC with a more agile way of addressing market structure issues, but they will not completely replace advisory committees. FIMSAC only had its second meeting on April 9, when its transparency subcommittee approved a recommending a pilot program to study the implications of changing the reporting regime for corporate-bond block trades.

“It should be a busy 2018 as it pertains to the Commission,” said Toes.