The Securities and Exchange Commission has brought its most recent enforcement action against digital asset issuer UnitedData, which operates as Shopin, for allegedly conducting a fraudulent and unregistered security offering.

The company and its founder, Eran Eyal, sold Shoppin Tokens that were meant to support a blockchain-based platform that tracked shopper profiles but never developed the platform and used the funds for personal use, according to the Commission.

Such enforcement cases have demonstrated how far the SEC has come in addressing crypto assets in the past two years.

The SEC began from a standing start, according to Jina Choi, a partner at the law practice Morrison & Foerster and former director of the SEC’s San Francisco Regional Office. 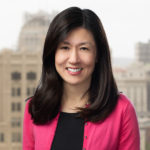 “My recollection of Chairman Jay Clayton’s nomination hearings in 2017 was that there was no talk about crypto,” she said during a panel at the Blockchain Opportunity Summit, which was hosted by conference producer Momentum. “There wasn’t talk about digital assets.”

It was only two months after the start of Chairman Clayton’s tenure when the DAO Report came out in July 2017, and the SEC was off to the crypto-regulation races. Two months after the report, the SEC’s Division of Enforcement launched its Cyber Unit, whose mandate includes “violations involving distributed ledger technology and initial coin offerings.”

However, the nature of most enforcements brought by the SEC has changed as the regulator has become more educated and experienced with crypto assets, according to Choi.

“In that first year when the Division of Enforcement brought cases, they brought about a dozen cases that generally were alleged fraudulent offerings conducted by the defendants and respondents,” she said. “You also saw recidivists that were fraudsters in a previous life who found the crypto space.”

More recently, the enforcement cases have been moving away from fraud and allege issuers of conducting on registered offerings.

Most noticeable was the case the Commission brought against Block.one on September 30, 2019, in which it alleged that the issuer conducted an unregistered $4 billion ICO, and negotiated a $24 million settlement.

“There is no allegation that this was not where the money went,” she said. “I think the majority of the money was raised offshore, but there were US investors. Part of the allegations was that they took out a billboard in Times Square, discussed the offering, and allegedly promoted it at conferences that were in the US as well as having their website accessible to those investors in the US.”

The SEC also brought a case against Telegram regarding its ICO, which is set to be heard in the US Federal District Court for the Southern District of New York in mid-February 2020. 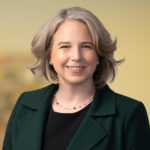 It is still too early to know precisely how long it will take the SEC to approve a new digital asset, but it is not uncommon for new financial products to take 12 to 18 months before they receive regulatory approval.

“It depends on some things,” she said. “Do you need relief? Do you need a no-action letter or an exemptive order to take your product to market or into registration?”

Issuers seeking an alternative might select going with a simple registration statement, which would include a comment period for new products.

“That in itself could take a long time,” said Gault-Brown. “I think the New York Digital Investment Group fund, which was just approved, took under a year because the way that it was structured. They really took care of a lot of the legal issues that other funds have faced.”