As swap execution facilities mark one week of existence, market participants say early indications are that operational SEFs have been largely bug-free and seem capable of fulfilling their Dodd-Frank-mandated mission of providing liquidity and transparency to derivatives markets.

But because U.S. regulators have postponed much of the heavy lifting in terms of implementing a SEF regime, current market action in swaps trading can be likened to a ‘soft’ opening of a restaurant or retail store — interesting enough, but not really telling of what’s in store for the grand opening and beyond. 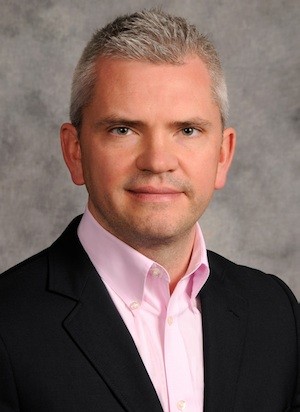 “We have traded on a number of SEFs. It’s been going fairly well, but this is due in large part to relief from the CFTC that delayed some facets like Rule 1.73 and the requirement to go direct to clearing,”  Paul Hamill, head of eCommerce for rates and credit at UBS, told Markets Media in an Oct. 4 interview. “November 1st is going to be informative, but irrespective of that it’s been a fairly calm few days. We’re seeing a few operational dealing issues, but nothing crazy.”

On Sept. 27, the Commodity Futures Trading Commission granted a one-month extension for most swap execution requirements, pushing back the industry’s effective go-live date from Oct. 2 to Nov. 1. The CFTC’s Rule 1.73, deals with risk-management procedures by futures commission merchants.

To be sure, there is no assurance the Nov. 1 date for mandatory SEF usage will hold, especially as the CFTC is essentially closed amid a partial U.S. government shutdown effected by a political stalemate. Aside from the in-limbo regulator, the industry has its own work to do.

“There is a need for a robust infrastructure for limit management to be built, whether through a limit hub or direct connectivity between the SEF and FCM,” said Robert Burke, head of global OTC clearing for Bank of America Merrill Lynch. “This was not in place for Oct. 2 and may not be completely built by November 1. Once this connectivity and control management are properly in place and can handle the volume of trades, there will be less risk of the trade failing to clear.” 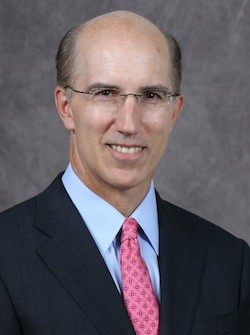 Execution Methods
Given that SEFs are a brand-new business, market participants and SEF operators are looking for trading patterns in the early days, including who uses which execution methods.

Execution methods that SEFs will deploy range from electronic order books to voice-based request for quotes, as well as hybrid voice-electronic systems.

“One interesting thing has been the different interpretations of an order book,” said Hamill of UBS. “I think the order book is where you’re seeing more variants of protocol and more interpretation of the request for quote.”

“We’ve seen some platforms come out with a named order book — if you put a price into it, it’s attributed to you,” he continued. “This will likely receive mixed feedback as it can arguably be seen as a disincentive for customers to put liquidity into the platform. At the other extreme you may have people who are offering full central-limit order books, (with) truly anonymous access to bids and offers, etc.”

Execution methods are expected to vary at least somewhat, based on the type of swap contract to be executed on a SEF.

“Different asset classes respond to different types of trading protocols,” said Vikas Srivastava, chief executive of Integral Development’s ISEF. “For FX OTC markets and (non-deliverable forwards)  in particular, liquidity currently resides between customers and dealers. An RFQ model will have liquidity on day one, whereas an order book may take time to build liquidity.”

The Dodd-Frank Act stipulates that trading on SEFs can take place “by any means of interstate commerce,” which includes voice-based RFQ and order books. “Methods of execution will coexist,” said Shawn Bernardo, chairman of the Wholesale Market Brokers Association, Americas. “Some products that trade less frequently don’t lend themselves to electronic order books. Where there’s a high degree of order flow and a large number of customers, the execution method will evolve from voice to voice/electronic.”

“I have heard more interest from customers in order-book trading” versus some other execution methods, Hamill said. “A lot of customers are excited about this and really want it to work. Most customers have an objective to simplify the price discovery process; an order-book type model, if it works, is an innovative way to do that.”

In Hamill’s view, voice will still exist as a smaller part of the puzzle, and the balance between the order book and RFQ “will be determined in large part by how standardized the product becomes on the rates side.”

Added Hamill, “today when people who have put on a swap come to take it off, the act of taking it off is effectively unwinding a custom swap, and there’s not going to be a price on the screen for that.”