A recent article showed that Nasdaq short interest was at all-time highs, suggesting that “bets against the Nasdaq reached their highest point in a decade.”

But that is only true if you count shares shorted. Once one accounts for shares outstanding, you find that the short interest ratio is actually falling. That’s not nearly as bearish a signal as some headlines indicate.

As the Nasdaq Composite has rallied over the past decade, total shares shorted have mostly tracked in step. Initially that makes it look as if the market has become “richer,” with hedge funds making increasingly bearish bets on the Nasdaq. 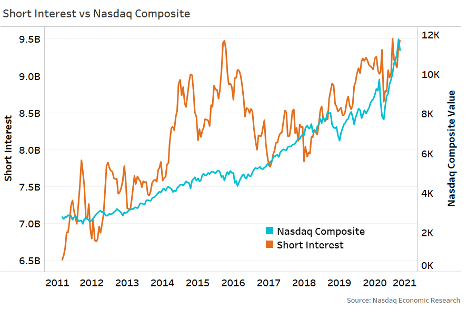 But understanding the market is not that simple. We recently highlighted that there are other reasons to shortstocks, like hedging futures and options interest or expanding statistical arbitrage strategies.

But our issuer base has also grown

Three areas of growth account for an increase in shares outstanding which more than accounts for the increase in shorted shares. Those three factors adding to our listed company share count are: 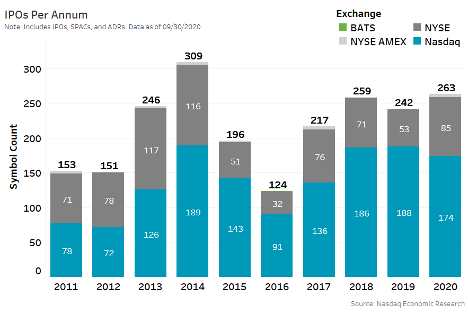 Chart 3: Over $960 billion in cumulative market cap has switched to Nasdaq since 2008 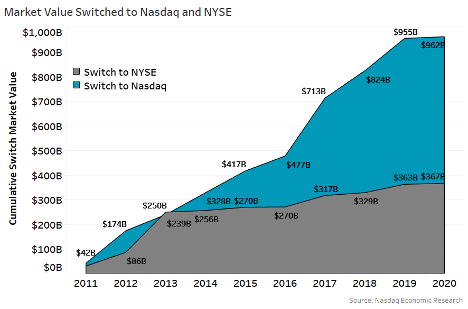 IPOs, switches and splits more than account for the increase in short shares

When we account for all the new shares that IPO’s, Switches, splits, it turns out they have account for 3.5 billion shares of short interest. That’s more than the 3 billion additional short shares in the first chart.

Chart 4: Where the change in short interest came from 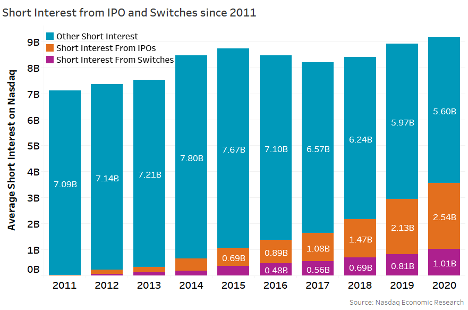 The short interest ratio in the Nasdaq is actually falling

In fact over the past five years our short interest ratio, short interest as a proportion of shares outstanding, has fallen from 4.25% to around 3.75%. 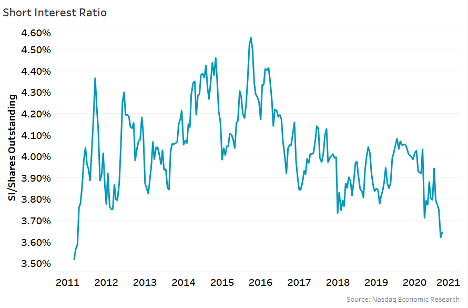 Amazingly that’s the opposite of the initial headline, which proclaimed “bearish bets against the Nasdaq were at decade highs.” Actually the proportion of bearish bets has been falling recently, and is actually near decade lows.

There is a reason why finance often uses ratios, like the price-earnings and dividend-yield and short-interest ratios. They allow you to better compare one stock, or market, to another as other things change over time.