Whether, when and by how much the U.S. Federal Reserve will hike short-term interest rates is essentially a referendum on the state of the global economic recovery, and the signs are mixed.

“In 2015 you’ll start to see some movement in that direction [higher rates],” George Schultze, founder of Schultze Asset Management, which specializes in distressed debt investing, told Markets Media. “It’s a long time away, though, and you’re coming off extremely low rates. Many people who observe the bond market believe that we’ve been in more than a 30 year bull market for fixed income, and right now that we’re at the absolute peak. It’s impossible for rates to get lower.”

Highly accommodative monetary policies are the order of the day throughout the world, and have driven interest rate yields down for nearly every type of fixed income security, whether it’s mortgage backed securities, credit cards, loans, bonds, corporate debt, or high yield debt. 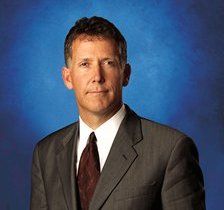 “The whole market is very rich right now because of this loose monetary policy, and it’s not just in the U.S., but it’s around the world. It’s in the U.K., all throughout Europe, in Japan, and in other markets,” said Schultze. “You really see a lot of accommodation and a lot of appetite to extend credit to boost employment and boost growth. It’s gotten to the point where we think is an extreme level.”

The central question is when the Fed will finally increase the federal funds rate from close to or at zero, and then how quickly it will be raised going forward. The Fed has reiterated its two objectives are centered on inflation and unemployment.

In terms of when the QE program will end and the beginning of interest rate increases will begin, the Fed has repeated the phrase “considerable time.” However, investors shouldn’t become too complacent about a zero-interest rate environment in the U.S., particularly if economic growth, employment and inflation accelerate.

“Our view is that the Fed may be hard-pressed to keep the Federal funds rate at zero for another 12 months in the context of stronger growth and employment,” said Christopher Molumphy, chief investment officer at Franklin Templeton Fixed Income Group, in an online post.

The big macroeconomic theme is quantitative easing, and extreme accommodation by central banks around the world, starting with the U.S. Federal Reserve Bank.

The Fed recognizes that low interest rates may provide incentives for some investors to “reach for yield,” and those actions could increase vulnerabilities in the financial system to adverse events.

While prices of real estate, equities, and corporate bonds have risen appreciably and valuation metrics have increased, they remain generally in line with historical norms. In some sectors, such as lower-rated corporate debt, valuations appear stretched and issuance has been brisk, Fed chairman Janet Yellen told Congress this week.

“The Committee remains confident that it has the tools it needs to raise short-term interest rates when the time is right and to achieve the desired level of short-term interest rates thereafter, even with the Federal Reserve’s elevated balance sheet,” Yellen said. “At our meetings this spring, we have been constructively working through the many issues associated with the eventual normalization of the stance and conduct of monetary policy.”