Platforms combining execution, analytics, and risk management have become the de facto standard of care for market practitioners as algorithmic and high-frequency trading strategies have proliferated across asset classes.

The options space is a comparatively late arrival to cutting-edge trading techniques, but it is catching up.

“The most mature market for algorithmic trading is equities, and the next most mature is futures,” said Hazem Dawani, chief executive of OptionsCity Software. “The least mature is options.”

An abundance of options exchanges — the U.S. has nine — and the attendant fragmentation of liquidity is forcing options traders to equip themselves with algorithmic techniques.

“The race is on to capture more market share by providing tighter bid-offer spreads by considering a wider range of hedging opportunities,” said John Richards, founder of Webster Trading, a Chicago-based proprietary trading firm. “A computer is well-suited to quickly and constantly scan correlated products, and to re-price and re-size dynamically.”

Simple arithmetic dictates that the fragmentation occurring in options is a pain point for market participants. Fragmentation “hinders execution efficiency,” said Richards. “It’s easier to process and digest one order of 100 shares than 100 orders of one share.” 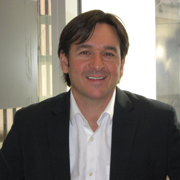 Futures contracts cleared by OCC in 2011 were also at an all-time high, up 44 percent from 2010, more than triple the amount cleared just two years earlier.

“We are seeing options traders following the same evolutionary cycle as futures went through a few years ago,” Dawani told Markets Media. “Futures trading quickly moved from open outcry to electronic, and then to high-frequency trading. Options is moving in the same way.”

Regulators are working to adapt their oversight to changing market structure, especially with regard to electronic trading.

Commodity Futures Trading Commission Chairman Gary Gensler recently noted that almost 90 percent of futures and options on futures trade electronically, and algorithms are prevalent. “Humans are much more frequently depending on the judgment programmed into machines to execute their trading strategies,” Gensler said in Congressional testimony.

The CFTC is considering issuing a concept release concerning testing and supervision of automated market participants. These concepts will be designed to address potential market disruptions that high-frequency traders and others with automated market access can cause, Gensler said.

Furthermore, the Commission’s Technology Advisory Committee has established a subcommittee to examine automated and high-frequency trading.

Founded in 2006 by Dawani and fellow software professionals Victor Glava and Rudy Fasouliotis, OptionsCity specializes in building electronic trading platforms for professional options traders. The Chicago-based company recently expanded its product line to other asset classes such as futures and equities, as it aspires to be a ‘one-stop shop’ for electronic trading, infrastructure and data.

“Our expertise is built around electronic trading, market making and execution tools needed by professional traders to be competitive in these dynamic markets,” said Dawani. “We provide everything from hosting servers that are co-located with exchanges, to the software that allows traders to connect to exchanges and view real-time data.”

A case in point is Freeway, OptionsCity’s server-based, multi-asset platform for algorithmic trading.

“Freeway enables market makers and proprietary trading firms to develop and deploy trading strategies quickly,” said Dawani.
Traders can customize algorithms in either Java or Scala code. The algos execute trades, dynamically reconfigure themselves based on changing market conditions, and perform market analysis, including historical comparisons and risk monitoring.
“Developers and traders develop and backtest their own algos in Java or other programming languages, then put them into production on a server that’s co-located next to an exchange matching engine, for sub-millisecond execution time,” Dawani said.

Message Management
Demand for algorithmic trading products and services is directly correlated to a spike in message traffic in the U.S. derivatives markets.

“The struggle to be faster than the competition has triggered a continuous arms race for technology,” said Dawani. “We are continually tuning our system to make it more scalable, so that traders will be able to handle escalating volumes and speeds of data.”

The challenges posed by so-called Big Data, which include amassing and manipulating huge datasets, cannot be addressed through software alone.

“As a customer of OptionsCity, you don’t have to worry about software. We are constantly improving the software,” Dawani said. “But you do have to worry about hardware. A lot of customers are throwing away servers and buying new ones in order to remain competitive.”

OptionsCity’s Freeway provides shortcuts to help traders deal with the morass of information. For instance, a play-back tool allows traders to record market data and replay it at different speeds to test algorithms.

“Replaying market data in slow motion is especially useful because it allows traders to view how algos function at a more granular level,” Dawani said.

A unique feature of Freeway is The Algo Store, an online algorithm repository which can be used to create, purchase and download algorithms, as well as view various algorithm examples. Third-party quantitative analysts are able to use The Algo Store to write and sell algorithms or components to traders around the world.

“The Algo Store is intended to be a marketplace for algorithms,” said Dawani. “The idea is for it to function as the iTunes of the trading world. One facet of The Algo Store is that it provides components of code for basic trade functionality, allowing programmers to create new algorithms faster and react more quickly to changing market conditions.” 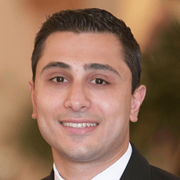 For OptionsCity, Freeway represents an extension into new categories of assets and traders. “As we expanded our offering to other assets like futures, we saw a need to provide traders with tools to be competitive and conduct algo trading in microseconds,” Dawani said. “With Freeway, we are expanding our reach to algorithmic trading in futures and equities, as well as options.”

Regulatory Backdrop
As regulators around the world implement reforms mandating central execution and clearing for most swaps contracts, constructs from the futures trading world are being applied successfully to the world of over-the-counter derivatives.

“New regulations will have a tremendous impact on the OTC market by causing it to become more transparent,” Dawani said.
“Until recently, most OTC trading was done over the phone or IM chat. Going forward, swap execution facilities are going to become the principal means by which OTC products get traded.”

The brokerage model ushered in by changing regulations will incorporate characteristics of both a swap execution facility and an exchange, bridging the worlds of OTC and futures.

“As new rules start coming into effect, we will see the emergence of a hybrid between listed and OTC trading,” said Dawani. “OptionsCity is working with brokers to provide the ability to trade both OTC and listed markets electronically from one platform.”
The CFTC has put off the critical definitional phase of Dodd-Frank rulemaking, around which will determine the applicability of other rules such as position limits, protection of cleared swaps collateral and which swaps will be deemed ‘made available to trade’.

“So far the [CFTC] has proposed 55 rules, and finalized about one-third of those,” said Louis Caron, executive lead at SAS RiskAdvisory. “It’s safe to say that we are squarely into an implementation mode. There are, however, some major issue-defining regulations that still need to be addressed and that may push some implementation toward the summer of 2012.”
This has particular relevance to the energy and commodity trading segments of the capital markets, presenting both a business and technological challenge.

“One of the biggest markets for OTC-traded instruments is energy,” Dawani said. “80% of energy options and futures are traded OTC, (and) the energy market is the one that’s most impacted by these regulatory initiatives.”

OptionsCity’s products are being tweaked somewhat for OTC, but for the most part will provide the same functionality as they do for listed securities. “We are building connectivity adapters to some of these OTC markets, so our customers will be able to trade both OTC and listed products,” Dawani said.

For example, OptionsCity has partnered with Lightspeed Trading, an introducing broker, to enable equity and options traders to access the market more efficiently.

OptionsCity’s Metro platform will be integrated with Lightspeed’s proprietary technology environment, enabling traders to create and execute complex trading strategies across many markets.