SRO Governance on the Block

The US Securities and Exchange Commission is turning a sharp eye toward exchange governance, which has been on its back burner for too long, according to one commissioner. 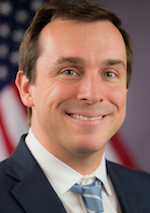 “I hope to get to exchanges at the top of the list because they have been left unaddressed for so long,” he said.

Jackson noted that Brett Redfearn, director of the Division of Trading and Markets at the SEC, has announced his division’s plans to hold industry roundtables on SRO governance, which will include market-data pricing and other issues.

The Commissioner also would like the regulator and its staff to take a deep dive in review SRO immunity for a possible update to reflect the current governance of the exchanges.

“The reason for this is because when the regulator first established an SRO model, exchanges were mutually owned organizations,” he said. “Now, they are privately held and do what privately held businesses do, which is pursue profits.”

Commissioner Jackson questioned why profit-making institutions should wield government immunity that prevents them from being accountable for mistakes that harm investors.

He cited Nasdaq’s botched initial public offering of Facebook in 2012, which market makers estimated cost them about $500 million, but the exchange operator’s ultimate payout was only a bit more than $75 million total covering a voluntary payment, fines, and a legal settlement.

As long as exchanges keep making profits for private shareholders, they should be held accountable for any harm they inflict by mistake, according to Commissioner Jackson.

“Exchanges cannot have it both ways,” he said. “They cannot keep profits for their private shareholders and then expect to be able to hurt people and not be held accountable. It is one or the other  — either they are the government, or they are a private profit-making institution.”

Commissioner Jackson envisioned any review process regarding SRO immunity to a consultative and contemplative one with input from market participants and ordinary investors.

“I do not imagine that anything would happen overnight,” he said. “It took a decade or more for us to get to this problem.”

As for which SRO issues the SEC will address first, Commissioner Jackson hoped to move forward with market-data pricing issues and related questions.

“I also hope that we will push the SROs to rethink their board and governance structure to make it more compatible with the public interests that they should be representing,” he said. “On the question of immunity, I do not know whether it will be reached during my term. I do know that the SEC understands that it time to take a hard look at exchanges and it understands that now better than it had in a very long time.”