The constant tug-of-war between the US Federal government and those of the states has defined most of American history, and this is no different regarding the regulation of cryptocurrencies and other virtual digital assets.

Asset managers not only have to deal with the alphabet soup of Federal regulators but as many as 50 state financial regulators depending on where they do business and the location of their clients.

And each state is taking its own approach to regulating cryptocurrency trading and transactions within their borders.

The New York State Department of Financial Services requires businesses using cryptocurrency to obtain a BitLicense to operate while Connecticut, New Mexico, and Washington mandate firms to have money transmitter licenses to transmit cryptocurrency. However, Kansas, New Hampshire, and Texas do not have such a requirement. 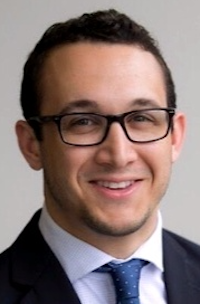 “Some states are setting precedents in the adoption of the industry overall,” Jesse Brown, a compliance associate at consultancy Cordium, told Markets Media. “Arizona passed a bill in February allowing residents to pay taxes with cryptocurrency. The state of Vermont is reviewing a proposed bill to regulate and tax future cryptocurrency and blockchain technology.”

In the long run, Brown expects that the US Securities and Exchange Commission potentially will be the deciding factor in the fate of cryptocurrency regulation as many states likely will mimic Federal guidelines.

“But the state regulation also can influence the Federal regulators,” he added. “For now, individual state regulations have the potential to place the harshest restrictions on cryptocurrency.”

For now, the SEC and other Federal financial regulators are working with the industry to apply regulation to the new markets rather than going down the path of prohibition like other jurisdictions, such as China,

However, Federal regulators are far from agreement on how to treat cryptocurrency and virtual assets like digital tokens.

The SEC has not come across one digital token from an initial coin offering that it does not consider a security as defined by the Howey Test, testified SEC Chairman Jay Clayton before the Senate Committee on Banking, Housing and Urban Affairs on February 6.

Meanwhile, the US Commodity Futures Trading Commission has approach cryptocurrency as a commodity and permitted the CME Group and Cboe Global Markets to launch trading it bitcoin-based futures contracts at the end of 2017.

Whether cryptocurrencies are securities or commodities, the question remains whether they are taxable.

“The Internal Revenue Service has presented clear guidance and has stated that cryptocurrency, such as bitcoin held as a capital asset, will be taxed as property,” said Brown. “Therefore any capital gains and losses come into play.”

For now, state-by-state regulations likely will continue to vary on cryptocurrency while the SEC and others continue to develop a consistent policy, he added