CloudMargin, creator of the world’s first and only collateral and margin management solution native to the cloud, announced today that its Board of Directors has appointed Stuart Connolly as CEO. Connolly, most recently Group CEO of TriOptima and a former Managing Director at Goldman Sachs, replaces Steve Husk, who played an active part in the Board selection of the new chief executive. Connolly begins his new role today.

Mark Beeston, Managing Partner and Founder of Illuminate Financial Management, and Chairman of CloudMargin, said: “Our entire Board is excited to welcome Stuart Connolly as the CEO who will lead CloudMargin in the next phase of its growth. Stuart is a well-known, respected industry figure who has been a key leader in the risk mitigation business across prime brokerage, clearing, collateral and bilateral trade management. On behalf of the Board, I would like to thank Steve for his contribution to delivering and executing on the strategy that was needed to transform CloudMargin from start-up to a multi-award winning and recognised firm that has proven capable of attracting the largest financial institutions in the industry.” 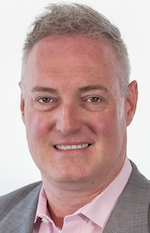 Connolly said: “I am naturally delighted to join CloudMargin at such an important stage of its development. Steve and the team have made great progress to place the company and its proven technology in a strong position to help clients transform their businesses toward more efficient and cost-effective processes in a time of regulatory change that has a significant impact on risk mitigation practices. There are tremendous opportunities for additional collaborative industry partnerships and continued client acquisition to bring benefits to the entire community. I look forward to working with the exceptional CloudMargin team to execute on our growth strategy.”

Husk joined CloudMargin originally as executive Chairman in October 2015 before transitioning in the spring of 2016 into the role of CEO, where he successfully delivered the growth that was a primary goal when he became chief executive. Under his leadership, CloudMargin has championed the case of cloud-based solutions for post-trade processing in financial markets and achieved annual recurring revenue growth of over 100%.

Husk said: “While leaving CloudMargin wasn’t an easy decision, much of the work I came in to do is complete, and I am proud that I can leave the firm on such a strong footing. I’m thrilled to turn over the reins to Stuart, who has deep industry knowledge and technology experience that will enable him to take the firm to the next level at this stage of its maturity.”

After joining TriOptima AB in late 2016, Connolly, 44, served as its Group CEO from February 2017 to January 2019, where he led the global, highly regulated business focused on trading, capital and operational risk management services across all over-the-counter (OTC) asset classes. Prior to that, he held a variety of leadership positions at Goldman Sachs, which he joined in 1998. He most recently served as Managing Director of the Securities Division and Head of EMEA Derivatives Clearing Services FXPB, along with various other functions from 2010 to 2016. He was Head of Derivatives Prime Brokerage at the firm from 2005 to 2010, covering interest rates and foreign exchange products.

Connolly has participated in many internal and external industry committees during a period of significant regulatory reform, helping execute the transition from a predominantly bilateral OTC market to a multi-faceted market across many different models of centrally cleared bilateral and agency style platforms.

Husk, 63, joined CloudMargin when the firm was a start-up, operating with a small handful of clients. During his tenure, he recruited a deep management team and articulated a vision and strategy which has led to a client base of nearly 50 direct clients and 85 underlying entities using the platform, ranging from small to mid-sized buy-side firms, to Tier 1 global investment banks. CloudMargin was named one of the top fintech start-ups of 2018.