Five-year-old open-sourced collaboration and workflow-automation provider Symphony has reached a critical tipping point in adoption and functionality, according to the firm’s management.

During the company’s Innovate 2019 user conference in Midtown Manhattan, David Gurlé, the founder and CEO of Symphony, noted that the number of companies that have adopted the platform went from 350 to 405 while the number of users increased from 375,000 to 450,000. At the same time, messages sent via the platform have reached more than 1.2 billion messages compared with the 40.2 million messages sent the previous year. Gurlé attributed approximately a fifth of the messaging traffic to the 1,300 bots operating on the platform, which is more than double the 580 bots that had been in production in 2018. 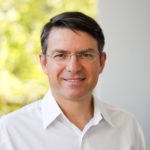 The weight of complexity, demand for efficiency, cost pressures, and increasing regulation has put an incredible amount of pressure on organizations, which makes it difficult for firms to achieve breakthroughs, inspire their engineers, and reach their full potential, he said. “Platform, community, and innovation is coming together to build this wonderful thought that will simplify, automate, and innovate so that you can rewire your global market infrastructure.”

Symphony has accomplished a lot of the blocking and tackling that it needed to build, agreed Spencer Mindlin, an analyst with industry research firm Aite Group.

“It was difficult in many ways as it was re-inventing many things that already existed outside a framework,” he added. “What they are doing now is focusing on delivering solutions for workflow automation and AI on an integrated platform. That’s not easy, but that is exactly where they need to go.”

The vendor also globally released version 2.0 of its eponymous platform, which introduced a customizable user interface as well as a new notification framework. Part of the new interface, dubbed Elements, provides pre-built extensions for bot creation and application integration.

To help onboard users’ clients onto the platform, Symphony additionally launched the Symphony Community Pod that permits financial institutions to bring their trading partners on to the Symphony platform.