Trading in bitcoin derivatives likely will see an uptick when the latest swaps-execution facility begins trading. 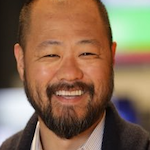 “Everything we have done regarding the financial instruments has been done in partnership with participants, and the technology is already built and approved,” Thomas Kim, CEO of Tassat, told Markets Media. “It is really at our discretion when to launch our exchange.”

“Basically, it is very similar to what the CME is doing on the cash-settled side,” added Nick Goodrich, director, business development at Tassat. “It would be an interesting thing to swap trade between the CME contracts and our contracts.”

The new liquidity venue will operate a central limit order book, which will support the typical market and limit orders.

“I subscribe to the simple and straightforward,” said Kim. “For the foreseeable future, it will be market and limit orders.”

However, in short order after the SEF’s launch, Tassat also intends to launch a request-for-quotes capability for its participants.

“Everything on the platform is largely institutional,” he added. “This is the ability for buy-side clients and their counterparties to quote prices directly between each other and be able to stream those prices based on demand.”

All trades on the platform will be settled bilaterally on the bitcoin blockchain by the counterparties without Tassat acting as a clearer.

“If there is one that happens at delivery, it is effectively a very similar process that would happen if they had used a custody or settlement provider,” he said. “It goes into a delivery failure, and ultimately if it is not remedied, a default.”

Tassat will be the fifth venue to trade bitcoin derivatives, behind the Cboe Global Markets, CME Group, The Intercontinental Exchange, and LedgerX. Cboe Global Market ceased listing its bitcoin-futures contracts in March of this year.

When asked if the US market could support the increasing amount of bitcoin-derivatives markets, Kim was optimistic.