Telx is expanding its U.S. presence with the opening of a headquarters in San Francisco supporting Telx’s growing data center portfolio.

“That inventory has been very active and we capped off what we viewed as a significant event, Marketplace Live West this past December in San Francisco, which was a tremendous success with over 600 registrants,” said Telx CEO Chris Downie. “Coming off our annual MarketplaceLive Event in New York City last June where we have almost 1,000 attendees, to have a great first showing at Marketplace Live West was an important entry point into that region.” 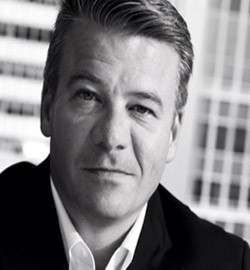 SLCI offers a seismically rated infrastructure for businesses throughout Silicon Valley. Telx acquired the facility in 2006 and is the leading colocation and interconnection service provider within the building.

“Over the past year Telx has significantly expanded its west coast presence with considerable inventory across the three pacific states,” said Jeremy Dodds, vice president of sales at Telx. “The company’s investment in the region will serve to propel Telx’s clients into these markets with the availability of a new enterprise class of retail data centers.”

Telx has also announced that John Abbot has joined the company as chief financial officer.
Abbot will help shape and drive key aspects of Telx’s financial investments and strategic direction. He brings 20 years of financial experience from his tenures at Insight Communications, Morgan Stanley and Goldman Sachs, with deep understanding in how to build system and organization infrastructure in a growing technology company.

“He brings a lot more to the company than just the financial aspects of the CFO role,” Downie said. “John has demonstrated the ability to build system and organizational infrastructure in a growing technology company, such as Telx. John will play an important role in Telx’s continued expansion as an industry leader.”

“From my perspective, as I transition to the CEO role, which took place formally in August, bringing on a CFO allows me to focus on more strategic initiatives,” Downie said. “Telx has brought online all of its expansion facilities. NJR3, which is our large flagship facility in Clifton, N.J., officially came on line in July of 2013 and we are in the process of loading customers into that facility.”

More than a year since Hurricane Sandy impacted the whole region, and Telx is still seeing the affects as companies are taking a close look at redundancy efforts for their critical data. “With Sandy, it’s become increasingly important for companies to locate facilities outside the 100-year and 500-year flood plain, and our Clifton facility is outside of both,” Downie said.