Growing up in the late 1970s and early 1980s, being a Met fan was never easy, but one thing I learned was faith and the belief in miracles. I recall clipping the coupons off the back of milk cartons and going with my Dad to Shea Stadium — parking a mile away to save on the parking fees but always upgrading the upper decks coupon-gifted seats to Lodge.  It never mattered if we won or lost. What was important was sitting with my dad, who brought his beat-up transistor radio held together with duct tape so he could listen to the announcers while watching the game.

In 1986, I got to experience the Mets win a World Series. I recall Keith Hernandez caught having a smoke in the locker room thinking the game was lost when teammates came running in, “Keith – you’re up we rallied.” Keith, in true Mets fashion came strutting out of the dug out and hit a run-scoring single. Met fans rallying cry of “Ya Gotta Believe” was validated amid standing ovations for Gary Carter, Lenny Dykstra, Darryl Strawberry, Dwight Gooden.

It was not until 2000, when the Mets returned to the World Series. They came through with flying colors to win the National Division title, and competed against cross-borough rival Yankees in the first ever Subway Series. Sitting at the stadium, I knew the Mets were overmatched, and fittingly Jeter took the first pitch and put it in the bleachers. The Mets lost but history was made.

Fast forward to 2015 and the Mets are going to the World Series. In July, the Mets were 50-52 experiencing lots of ups and downs, but something happened. Their young pitching staff starting to rise to the occasion, a Detroit Slugger, Yoenis Cespedes joined the Mets adding a much needed spark and homeruns to many games, while Duda, Wright and many others hot bats had us winning more than losing. 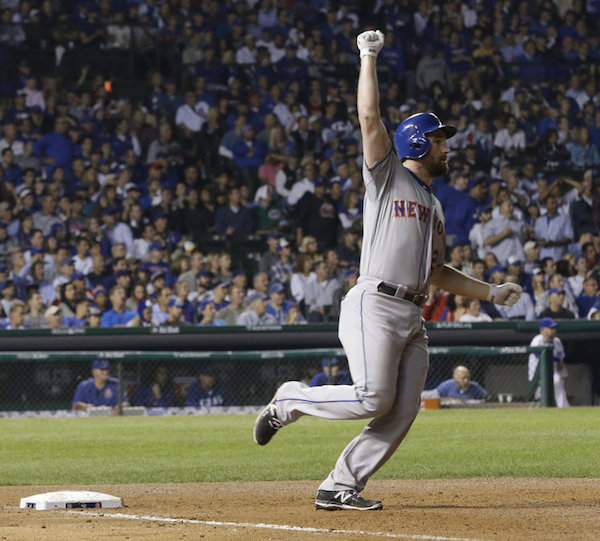 The Mets got red-hot late in the season and easily won the division. The first series against the Dodgers and then to the Cubs, who beat us 7 – 0 during the regular season. We ended up sweeping the Cubs in 4 straight raising the brow of every skeptic who owes us an apology.

The true Miracle Met is Daniel Murphy, who has only ever worn a Met uniform and will be a free agent at the end of the season. He was always steady during the season hitting, fielding and adding encouragement to the Mets young and veteran players. Daniel Murphy is bigger than game right now. He broke MLB home run record – hitting a homerun in 6 consecutive post season games adding many singles, doubles and received the deserved MVP award.

Now, hitting is important but the Mets young pitchers, including Matt Harvey, Noah Syndergaard, and Jacob Degrom all rose to the occasion going into the late innings. This was the game plan of Terry Collins who could not of orchestrated it better keeping hits and runs down each game and ending each with Mets Closer – Jeurys Familia.

The World Series commences tomorrow night. I will be sitting with my dad Tuesday night as he flips through the channels to TBS, yelling ‘Play Ball!’.