The Bodegas of Manhattan

Gail Victoria Braddock Quagliata recently made headlines as “the woman who photographed every bodega in Manhattan.” The Omaha-born photographer embarked on a journey to document one of the things that make New York unique but is slowly disappearing from the island. After countless hours spent wandering the streets of Harlem and Chinatown, she emerged with 4000 photographs of bodegas. Markets Media talks to GVBQ about her inspiration for this project, her creative process, and the time she tore a ligament.

Markets Media Life: Tell us how the idea for the Bodega Project came about.

Gail Victoria Braddock Quagliata: I was an MFA candidate in Photography with a minor in Art Education at Pratt Institute, and part of my Art Education coursework involved student teaching in one of our city’s Public Schools. I was assigned to an elementary school in Alphabet City. Not being much of a morning person, I decided to take a different route from the subway to the school every morning – hoping to wake up my brain with new sights and different routes, and (most importantly) get some coffee, preferably decent, hot, and cheap. During this semester I noticed that delis I’d visited had suddenly closed; seeing this happen in the tiny chunk of Manhattan that I frequented made me wonder about the rest of city. 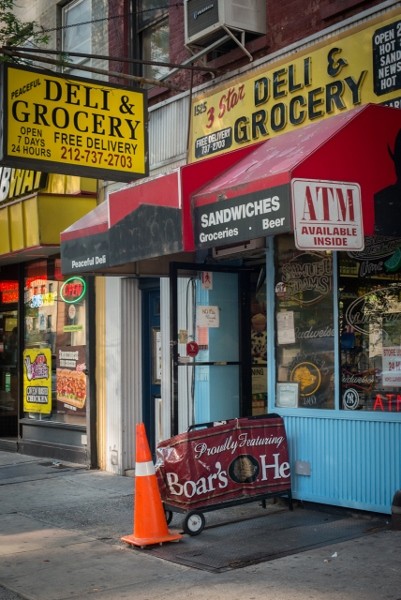 As an artist, my most polished method of communication is my artwork. I created a photographic project to express my own feelings about the changes I was seeing, with the hope that my purposefully detached, calculated approach to documentation would leave room for different interpretations and other viewpoints. I have been surprised and so humbled by the incredible response to this work; it is such a great honor to have your great passion truly understood and embraced by others.

MML: Did you find anything unexpected or unusually interesting during your nine months of photographing bodegas?

GVBQ: Absolutely! One afternoon while photographing in Harlem, I suddenly realized all the bodegas were pulling down their shutters and locking their doors – the owners were closing to participate in the afternoon call to prayer. I found this fascinating. To me, this was the most concrete manifestation of my belief that the bodega IS the neighborhood, and what could be more human and neighborhood-specific than store after store after store taking a moment in respect of the owner’s (shared) beliefs. I got more than a few free cups of coffee from bodega owners who saw me lurking out on the street for hours in the biting cold, which makes me think anyone who describes all New Yorkers as “rude” hasn’t stopped to notice how kind and decent any random stranger might be. I walked through multiple surprisingly pastoral stretches of the city, accidentally found a tiny, sea-glass-covered beach on Dyckman street uptown, and had enough random passersby ask me to take their photograph to compile a pretty hefty portfolio of impromptu street portraits! 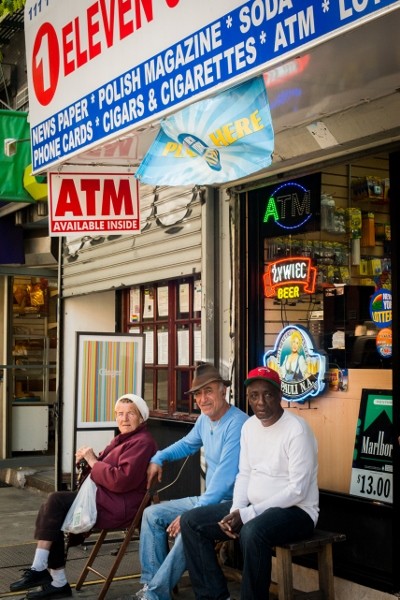 MML: How many bodegas did you manage to photograph per day? Do you only photograph the exterior or do you try to spend some time inside every bodega?

GVBQ: It really varied day to day, depending on the degree of bodega-saturation in a given neighborhood. I think a fair estimate would be 50 a day. I only shot the exteriors, because I felt I needed to impose a strict conceptual framework to simplify the absolute vastness of this project. I’m a huge fan of the conceptual photography work of the 1970s, in which the artist attempts to erase his or her hand from the work, in order to create something of an emotionless document onto which the viewer is free to project his or her own meaning. Artists like Bernd and Hila Becher, who photographed countless water towers, perfected (in my opinion) the art of slavishly adhering to shooting criteria created to reveal the subject’s unique features through comparison. My belief is that I don’t need to document the owner, the patrons, or any other human form, because the quirks and specificities of each storefront so clearly explain whom, exactly, the store is meant to serve. 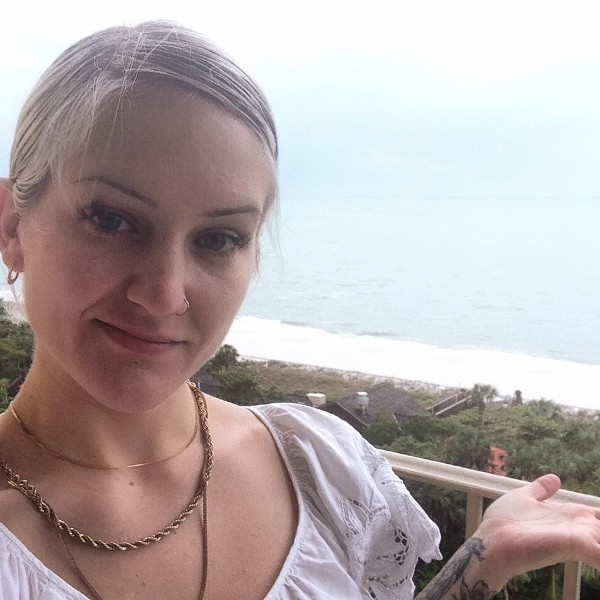 MML: You even hurt your ankle during one of your walks! When and how did that happen?

GVBQ: True! It’s hardly a romantic story. In late February of 2013, only 2 months into dedicated shooting, I noticed my left foot sort of… couldn’t support my weight anymore? Haha, sounds funny, but I was so single-minded that, upon realizing I was in too much pain to follow the route I’d planned for the day, slowly walked toward the nearest urgent care facility (stopping, of course, to photograph every bodega I passed). Apparently I’d quietly torn a ligament, simply from overuse! I was told to either stop entirely for 6-8 weeks to recover fully, or cut back to less than 2 miles a day, less than 5 days a week. It was quite a setback, but I used the time to begin cataloging what I’d already shot, and planning out how to most efficiently finish my project! 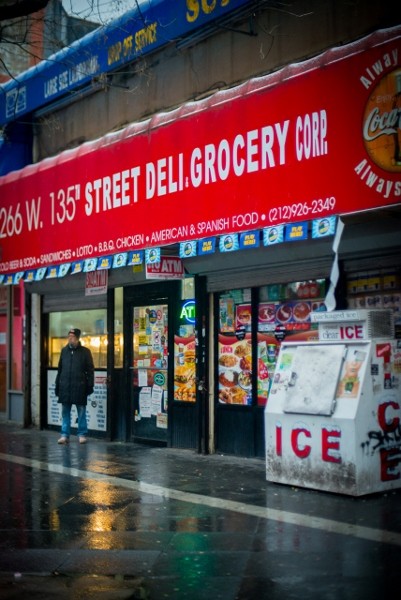 MML: You were born in Omaha, Nebraska. What brings you to New York, and Brooklyn, in particular?

GVBQ: Yes, I was raised in Omaha, Nebraska, and my Mom is from Northern New Jersey – she is still in Nebraska, and often jokes that we simply traded geographical areas. My path to NYC began when I completed my BFA at The School of the Art Institute of Chicago and realized the artistic endeavors I wanted to pursue could only be pursued in The Big Apple. That, and I happened to have fallen in love with a transplant from NYC who was planning his return home, which certainly made the city sound more appealing. My husband (yep, the same guy I followed here) and I spent a brief time living in Manhattan before heading across the East River in search of more living space and have been in Brooklyn ever since. 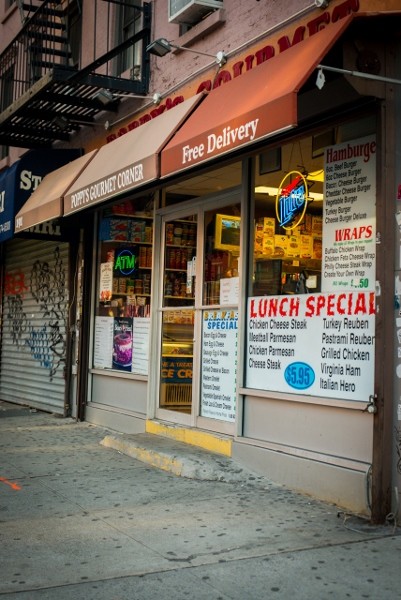 MML: Any other art and photography projects, past or in progress, that you’d like to share with us?

GVBQ: I have a few projects in progress right now – I’m doing a documentary photo series on the private lives of average Americans working/struggling to work in the arts. I’ve also started compiling non-bodega-related shots of NYC into a mixed-media book. I’m finalizing the details on my next citywide conceptual photo project so I’m keeping it quiet until I have more to show. And, of course, I’m pushing to have this bodega project realized in book-form, so I’m pursuing publishers. I have a series of trading cards that will hopefully be available by Fall 2015. And most importantly, I’m open to suggestions! I love to hear what others think is worthy of obsessive documentation, I am so honored that people have responded to my work, and I greatly value all the insight, constructive input, and fascinating ideas my viewers offer me!