STATE OF THE FAMILY OFFICE INDUSTRY

The family office wealth management industry is larger and faster-growing than ever before. Family offices are thriving. Ultra-high net worth families shape our economy and communities; that can be seen all around us through their operation of franchises, apartment buildings, operating businesses, and capital infusions. Family offices are an important source of capital for small and medium-sized businesses and investments, which fuel much of the global economy.

Family offices are often global in their presence and investing. To date, I have spoken in more than 20 countries around the world, and every region shows evidence of a thriving industry that is only just beginning to become more widely understood and defined.

WHO USES A SINGLE OR MULTI-FAMILY OFFICE?
While some family office clients inherit their wealth and others earn their wealth as an athlete or movie star, a high percentage of family office clients have recently taken a company public or sold a business. As a result, their net worth is now $20 million, $300 million, or more, assets they did not have to manage in the past. Family offices try to help manage and preserve that wealth, and the goal of this book is to explore how they attempt to do that on a consistent basis. 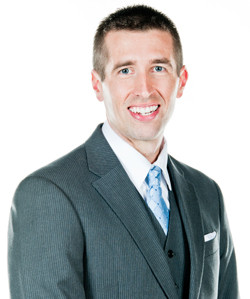 Examples of well-known individuals who use family offices are Michael Jordan, Paul Allen, Oprah Winfrey, Bill Gates, and Donald Trump. Almost everyone who runs a single family office has between $100 million and $1 billion in assets, with a smaller percentage having over $1 billion and an even smaller percentage having under $100 million under management.

I want to dispel one myth: Many industry studies will tell you that you need $100 million to $250 million or more to set up your own single family office solution. Experts will tell you that running a family office will cost at least $1 million a year. I don’t believe that is true. Due to technology and the ability to leverage taxation and risk management experts and consultants, I have found some successful single family offices with “only” $30 million to $50 million in assets.

I had the opportunity to interview Angelo Robles, head of the Family Office Association, an exclusive association for single family offices.

Richard Wilson: How much in assets do you think that someone needs to have before it makes sense to form a single family office?
Angelo Robles: I often think those numbers are thrown about, and sometimes I am guilty of that as well. So, why not $67.2 million, how come $50 million or a $100 million? My views on this issue have also changed in the three years since I launched FOA. A part of the reason for my change was about a year ago, I had a chance to come across a significant wealth owner who noted to me, “You know, Angelo, I’m liquid in the ballpark of about $45 million.” And I said, “$45 million, I mean congratulations, you are successful. But I think you may be a little bit small for creating your own entity, your single family office. And it’s expensive relative to your assets.”

And he leans forward and says, “Let’s get a couple of things straight, Angelo. First of all, don’t tell me what’s expensive. If I have, whatever, $45 million, and I want to create for a couple of thousand dollars a private operating company and hire someone who may be paid a couple of hundred thousand dollars, I have got $45 million. I think I have the resources to do that. And by doing that, I am taking control of my assets and my money. I have talent; it may be one person, but talent that’s going to be exclusive for me. Why do I have to have a billion dollars? Isn’t that a little different than a traditional definition but still a definition of a single family office?” And that really caused me to rethink.

Now, I think, to be optimized to have a multiple of talent inside the single family office, sure, it’s going to be superior to have $200 million, if not even more. But I have come around to the gentleman’s point of view that there really is no clear-cut definition on how much assets someone has to have to find it worthwhile because a lot of people that want to create an single family office, they are entrepreneurial in nature; they are type A personalities; they are successful on some level; and they believe in the opportunity for control, customization, and privacy. And if they are able to build the governance and the philosophy around that and hire even one person to help them in their initiative, doesn’t that qualify to be a single family office? Just because they are not worth $300 million, $400 million, or $500 million yet, doesn’t mean that they don’t have the opportunity to build something that we would broadly still describe as a single family office.

There is probably a sweet spot or a medium, $500 million to $1 billion, and we have some families that are Forbes 100, a couple of Forbes 10. Those families have tens of billions of dollars. But we also have some that are “only”—and again I use that word loosely—$50 million or $100 million or $150 million. So I think the opportunity here is to not define an single family office by too restrictive of a definition. If someone sees value in the benefit of control, privacy, and customization, then I don’t think we could contain their desire to create one or maintain one just because we perceive they don’t have the classic $100 million in assets.

WHY FAMILY OFFICES?
There are many reasons why the ultra-high-net-worth are forming and joining family offices faster than ever before. You may be wondering, “What are the core motivations of these ultra-wealthy individuals looking to start or join a family office?”

Once you begin dealing with $10 million, $100 million, or $500 million or more in assets, many issues that may sound small become very important to manage closely. These issues include global taxation, risk management, and even things like cash management. Well-managed cash can often pay for most (if not all) of the expenses of using a family office.

MORE MONEY, MORE PROBLEMS
It really is true: The more money you have, the more problems and challenges you face, no matter how “high quality” the problem may be seen by some. A good analogy for understanding how small details become more important as wealth grows is the managing of currency risk exposure for Procter & Gamble versus managing that same risk within a $1 million-a-year small business with global clients. Surely the small business does not have a fulltime currency risk expert on its team, while Procter & Gamble most likely employs several full-time professionals who do nothing but hedge global currency risks. The same goes for the importance of tax matters for someone with $80 million to invest versus $800,000.

Here is a list of the top benefits of working with a family office instead of a single CPA or traditional wealth management professional:

– Central financial management center for the wealth so more holistic decision making can be made.
-Higher chance of an efficient and successful transfer of family assets, heritage, values, and relationships.
– Access to institutional quality talent, fund managers, and resources that would be difficult or impossible to obtain as an individual.
– Reduced costs in achieving a full balance sheet financial management and investment solution.