The Future of FX

Algorithmic trading and organized trading facilities will characterize the FX market of the future.

Almost three quarters of global foreign exchange trading volumes (74%) were executed through electronic systems last year, up from 71% in 2012, according to a report from Greenwich Associates that analyzes trends in non-interbank, client-generated FX trading volumes.

“I think there will be a proliferation of liquidity pools over the next couple of years. Some will work and some will not work, but innovation overall is excellent and there are people innovating right now,” said Scott DePetris, president and chief operating officer at Portware. “In the next six to 36 months, you are going to see a continued proliferation of automated execution strategies (FX Algos)–and I don’t just mean VWAP or TWAP synthetic order types. We will see greater self-directed capabilities for the buy-side trader.”

Much of e-trading’s gains last year can be attributed to the activity of retail aggregators, which increased their share of trading volume executed electronically to 98% in 2013 from 92% in 2012. This shift dramatically impacted the industry as a whole, given that retail aggregators generated 23% of overall FX trading business around the world last year.

“As evidenced by last year’s growth, the e-FX market has not yet lost its dynamism,” said Greenwich Associates consultant Peter D’Amario. “Instead, electronic trading is simply making new headway among smaller FX players and the market’s most active traders.”

Portware plans on introducing predictive analytics that it’s already delivered in the equities market to the FX market. “This is the primary diver behind our recent FX client wins,” DePetris said. “Real money accounts are increasingly looking for automated solutions in FX.”

The prospect of additional regulation in the FX sector, particularly as regards execution and clearing, is troublesome to some market participants.

“My big concern is that we will have regulation in haste and repent at leisure,” said James Wood-Collins, CEO of Record Currency Management, which manages $58 billion in assets. “I do not think it would be helpful, for example, to introduce an exchange or mandatory clearing for the simple FX instruments that we use. I think that would simply put additional costs into the process in the form of the margin that would be required – most of the trades that we do on behalf of our clients are still done on traditional FX credit lines. So I hope that the future does not include overly burdensome regulation or moving to an exchange or cleared environment.”

A multi-dealer platform is the most comprehensive option. Almost 40% of Record’s transaction volume was executed on this basis, as at January 2014, somewhat less than the 55% e-trading average for non-bank financial institutions.

Currency market conditions vary from day to day, and therefore it is essential to maintain both e-trading and phone dealing infrastructure, said Wood-Collins. “The infrastructure we maintain is key to this and the choice as to how we deal between ECNs, multi-dealer platforms and execution of transactions by phone enables us to be sure that we are finding the best pricing and liquidity possible whatever conditions prevail in spot, forward or options markets,” he said. 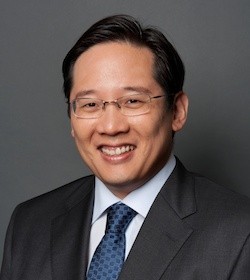 For institutional buy-side users, historically FX and equities execution has been separate, Michael Syn, head of derivatives at Singapore Exchange Ltd., said on March 11 at the Futures Industry Association conference in Boca Raton, Florida. “Now, advances in equity-trading technology are being brought to FX.”

Institutional FX traders are raising the bar for best execution on their trades, and seeking a cleared, rather than OTC experience, Syn noted. “It’s quite a compelling story for a certain category of users,” he said.

Romael Karam, partner at Harmonic Capital Partners, a London-based hedge fund, expects FX markets to become even more competitive, in terms of spreads becoming tighter, particularly in the emerging market space where Harmonic is quite active. It’s a strong trend he’s been observing for many years in G10, and more so in the last eighteen months across all of the G20 currencies.

“In emerging markets we’ve seen many of the more difficult to trade currencies, such as NDFs in the Brazilian Real and the South Korean Won improving in liquidity and pricing,” he said.

The Won, for example, is now sufficiently liquid right through European and U.S. time zones. “As our assets under management grew in 2013 we also saw a few banks begin to price a little more aggressively in larger sizes, something which was particularly apparent in the Real,” said Karam. “We’d like to see those trends continue.”