Sign up to receive exclusive articles on topics including: Select one or more newsletters you would like to receive:
Close popup
Home
By Markets Media
Uncategorized

There have been over $9 billion in fixed income acquisitions over the past year, including:

In addition, Blackstone is working on spinning out Tradeweb from Thompson Reuters in what could be a $4 billion deal. Just two years ago, ICE bought IDC, the leading provider of fixed income data services, for $5.2 billion and Bloomberg bought Barclay’s fixed income index benchmark business for $781 million. 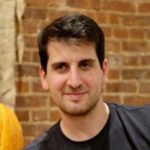 Why the sudden flurry of activity? A wave of innovations, acquisitions, and public offerings often happen when there is a significant change in the market structure. In U.S. equities, this happened in 2005 when Reg NMS created a national market system. Exchanges could no longer offer preferential access, quotes across market centers had to be treated equally, and the market standardized conventions like minimum tick size. This allowed new venues to break into the market and sent the incumbents scrambling to make acquisitions. In 2005 and 2006 alone, Nasdaq bought Island, Bats was launched, Direct Edge was spun out of Knight, and NYSE bought Archipelago and went public. These two years shaped the equities market that we know today.

We are at the beginning of the same innovation cycle in fixed income. As we wrote in The Final Nail in the Coffin, the reason this is happening is because dealer influence in the fixed income markets is waning, “Electronification democratized access to the market and reduced the influence of gatekeepers on market structure.” In addition to technology, post-crisis regulatory reform and increased capital requirements have fundamentally weakened the ability of banks to be the sole liquidity providers. As a result, the old models that were centered around dealer provided-liquidity are breaking down.

As I think about who is next in the space, I focus on the following three trends that have emerged in nearly all the acquisitions thus far: vertical integration of fixed income products is now possible, data is the most valuable asset, and it is mostly the incumbents that are benefiting.

Trend #1: Vertical Integration. Vertical integration has been notoriously difficult in fixed income markets where large dealer balance sheets have given banks outsized sway over the market structure. Banks have focused their efforts on creating/supporting interdealer brokers (e.g., BrokerTec) and dealer-to-client platforms (e.g., Tradeweb) that narrowly meet their execution needs. Firms that specialized in data services (e.g., IDC) did not have an execution component.

A common thread throughout all the acquisitions in the space is finally achieving vertical integration. CME-BrokerTec will own the entire trade lifecycle from funding to execution to clearing to settlement. Ipreo has a unique role facilitating primary credit markets in Europe and Markit’s credit indexes will now have information about the entire lifecycle of a bond, from issuance to maturity.

Trend #2: Data is King. Each of the acquisitions is focused primarily around data or enhancing existing data services business (with the exception of CME-BrokerTec where the data is secondary to the combined cash/futures efficiencies in Treasuries and foreign exchange). ICE’s purchase of BondPoint and TMC Bonds is made possible because the data the platforms generate is valuable to ICE Data Services (i.e., the IDC acquisition). The indices business sold by Citi to LSE likewise fits much better into the exchange’s larger data services business.

How valuable is that data? IDC was purchased for 5x the combined price of BondPoint and TMC Bonds. If you look at the equities market, exchanges make far more in data services revenue than they do execution fees.

Trend #3: Incumbents Only. A big difference between the great fixed income acquisition race and the revolution in equities a generation ago is that you do not see a whole lot of startups gaining traction. The first Fixed Income Leaders Summit occurred amidst the launch of a dozen new credit trading platforms. Whatever happened to them? Most of them are now dead or acqui-hired. The only startup credit platform you hear of anymore is TruMid, which not coincidently has a new data product that is taking up more and more of the conversation with buy-side clients.

Perhaps we are too early in the cycle to see fixed income startups get to the stage where they get acquired or IPO, but I am struck that the winners so far have largely been the incumbents established a generation ago. There does not appear to be companies like Bats or Direct Edge that are able to grow organically to significant market share.

The Time is Now

(Jim Greco is a Special Correspondent for Markets Media Group for the WBR Fixed Income Leaders Summit, which takes place June 6-8 in Boston.  Opinions expressed are the author’s and do not necessarily represent those of Markets Media Group.)