The Problem With Legacy Software

Perhaps the most prevalent theme in the capital markets business in the past decade has been the rapid advance of technology. But that begs the question, what about the old stuff?

Unlike for an individual laptop user who only needs to click ‘Update’ and perhaps wait a few minutes for new software to download, an institutional brokerage or investment firm faces a heavy lift. Old systems have been in place for years, if not decades, and the path of least resistance is always to nurse it along for another year rather than commence an expensive and time-consuming upgrade. 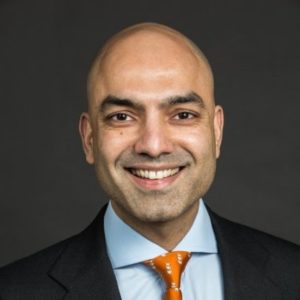 Kirat Singh spent 16 years in technology development at three large global banks before co-founding fintech Beacon Platform in 2014. He said from his experience, he said that the true cost of legacy software is that its day-to-day resource consumption crowds out investing for the future.

“Nobody sets out to create legacy software,” Singh told Markets Media. “But you just end up supporting old technology, and before you know it 80% of your tech budget goes toward keeping the lights on.”

“A large firm can have hundreds of applications, all built-in silos, each with its own little tech stack,” Singh continued. “You spend all your time maintaining those just to keep current. So you have no money, no time, to actually build new things in support of the business — to innovate.”

As software ages, it’s typically found on fewer and fewer desktops, and support is harder to find. This reduces the flexibility of the system and the ability to adapt to client needs.

“The moment you need to add a new feature or need to improve your model, you start running into issues,” said Vahagn Minasian, Co-Founder and CTO at Matthews South, an advisory and software firm. “The code is in some dev environment that current quant/tech teams aren’t as familiar with, so that adds meaningful overhead. Even after you have made the necessary improvements, the changes need to propagate through the entire system which often has many convoluted components that talk to each other in complicated ways.” 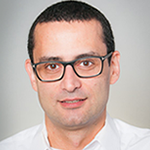 Minasian said sometimes the problem is with the technology itself. “Say the platform was set up 30 years ago, when the amount of data was orders of magnitude smaller than it is now. So what worked well back then is now clunky and hard to manage.”

The problem with legacy technology was broadly illustrated by a recent Government Accountability Office report that showed the U.S. government spends $337 million per year to operate and maintain just its 10 systems most in need of modernization. “As they age, legacy systems can be more costly to maintain, more exposed to cybersecurity risks, and less effective in meeting their intended purpose,” the GAO said in June 2019.

Singh of Beacon Platform noted that much of the legacy software on Wall Street was developed in the 1990s, and any edge gained has long since dissipated.

He cited derivatives trading as an area where efficiency is held back by legacy software. “Every trade is bilateral, so both sides have the same shared pain of having to maintain the infrastructure to be able to agree on a price,” he said. “That has become an enormous cost.”

One vestige of old technology is proprietary data centers, which seemed like a good idea as recently as the early 2010s, but have become white elephants amid the rise of cloud computing.

“Banks should not be in the business of managing data centers,” Singh said. “You should be running on Amazon Web Services or Google Cloud or Microsoft Azure, but you need the right abstraction and the right technologies for that.”

Cloud isn’t the only remedy for legacy software, but the flexibility, agility, and cost-effectiveness of the technology provides a blueprint for what the end result of an upgrade should look like.

“There’s no silver bullet,” Singh said. “One thing we really believe is that it should be cheap to iterate, because if your iteration cycles are short and inexpensive, you can be more innovative. For a quant or a data scientist or a technology person, it’s all about making a change and having a business person be able to use that change.”