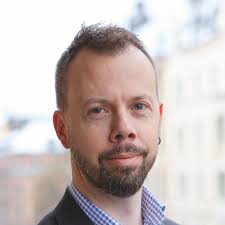 The respective governments struggle to keep their societies working while at the same time balancing the consequences of the outbreak. The financial markets might not be the first thing people think of as critical for their societies, but they do serve an important role in keeping the economies working and hence the national financial regulators find themselves in a situation they didn’t anticipate.

We often see regulation as creating roadblocks, to hinder certain activity, but in reality, the regulators are primarily concerned with ensuring that the markets are working efficiently. This can be observed during this crisis as well. While there are indeed new roadblocks, most regulators apply some common sense and loosen certain restrictions but in some cases, there will be unavoidable consequences.

The exact details of their actions differ between countries – even within Europe where the European Securities and Markets Authority (ESMA) provide guidance for the National Competent Authorities since in many cases, there is room for local interpretation and consideration.

The first thing many regulators did was to give firms a bit of breathing room, by postponing certain tasks that could have been difficult in a time when most firms need to focus on more pressing matters, such as holding off the spread of the virus.

The US Securities and Exchange Commission (SEC) decided not to enforce the Consolidated Audit Trail (CAT) reporting until later. ESMA in Europe have similarly instructed the local regulators to not enforce certain new rules, and Hong Kong’s Securities and Futures Commission likewise delay the introduction of their DS-OL regulation – just to name a few examples. This might sound as if the regulators are preempting the industry’s concern, but of course, this is mixed with feedback from the parts of the industry that just can’t keep up right now.

Special attention has been given to Short Selling in many parts of the world. When the markets plunge, it is common that some parties speculate on further price drops by selling borrowed shares that they buy back cheaper a bit later. There is concern that such activities can cause a vicious circle with prices dropping below the instruments’ true value – but some warn that too much restriction could affect the price formation negatively.

The actions of local regulators depend on what tools they have at hand, and the behavior in their specific markets, but what they have in common is that they pay close attention if they aren’t already taking action.

Risks with the lack of surveillance

But there is one area that should be of special concern for the regulators – people working away from their normal trading desks. Most of the methods used to ensure compliance has been designed around keeping people physically in places where their activities can be monitored. But now that the fight to lower the impact of the virus takes precedence, the regulators have to accept a loss of control. Some regulators, like the SEC, are concerned with insider trading, but there are many types of misconduct that risk happening when the old controls are not in place.
But disallowing remote working would have shut down the markets and shutting them down would have gone against their main objective – to keep them functioning as smoothly as possible.

So what they are doing right now is to adapt to the current facts. The laws surrounding the financial conduct are not altered, but the ways they are enforced are.

Keeping up with the audit trail

A cornerstone in the enforcement is the record-keeping of relevant events so that there is an audit trail to use in a future inquiry. Firms that have switched from voice-based communications to electronic communication both with customers and internally, will find it easier to keep this part of their business as usual.

“The European ESMA likewise acknowledges that telecommuting impacts the way conversations are recorded, but they avoid giving too detailed instructions, instead asking the firms to consider “alternative steps” to reach the same goals.

But not all firms have, and the regulators are now advising their markets on ways to still provide enough information. The Hong Kong SFC, for example, advises several ways to achieve a trace when receiving orders in what previously would have been considered non-acceptable ways (mobile phones, etc), including calling a recorded phone system to repeat order instructions or even using handwritten notes. But they put a lot of responsibility on the firms that have to ensure that the alternative logging methods are followed by their users. The European ESMA likewise acknowledges that telecommuting impacts the way conversations are recorded, but they avoid giving too detailed instructions, instead asking the firms to consider “alternative steps” to reach the same goals.

But the audit trail is just a tool to investigate events at a later date. The control mechanisms on the trading desks are still not there with people working from home – even with electronic workflows or (some) recorded conversations, and it is easy to let the mind wander to the stereotypical characters from classic movies about the financial industry – characters whose ethics aren’t really compatible with the modern markets.

So, when this outbreak is under control and people move back to their trading desks, that doesn’t mean that it will all be over.

“Regulators in all parts of the world will have to go back investigating whatever audit trails they have access to, and compliance officers will have busy days ahead of them compiling the needed information.

It will be trickier than usual, but certainly not impossible given the amount of data that still remains electronic. (Tempted Gordon Gecko types should keep this in mind…)