As Congress orders a study into the possible effects of MiFID II-style policies in the US, the SEC would be better off building bridges with their European counterparts to achieve equivalence than following the EU’s lead, argues Daniel Schlaepfer. 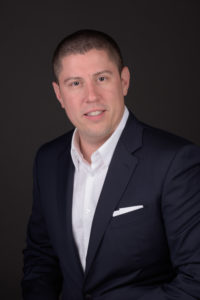 Eighteen months ago, the EU’s ‘MiFID II’ regulation made it mandatory for asset managers to ‘unbundle’ research costs from the overall sums they charge to investors. The aim, said regulators, was to increase transparency. However, the move has caused a major headache for companies who also operate in the US, where SEC regulations expressly prohibit fund managers from directly charging for research unless they register as investment advisers. To avoid market participants getting caught between conflicting jurisdictions, the SEC issued three no-action letters in 2017, offering exemptions to firms taking hard dollars for research. Now, with these set to expire in less than a year, a long-term solution is required.

The SEC is facing a dilemma about what to do next. To many, the answer seems obvious: adopt EU-style unbundling policies in the US to establish equivalence and stop the subsidising of research used by European asset managers. However, to accept unbundling wholesale would overlook its negative consequences. In Europe, we have seen a serious plunge in the volume and breadth of research produced since the implementation of MiFID II. With investors finding out just how expensive research really is, and raising their eyebrows, fund managers have cut their research budgets by as much as 20-30% – and despite recent comments by FCA chief Andrew Bailey, this is not a good thing.

In cutting their research costs, firms have vastly reduced the number of analysts they employ. In turn, this has seriously impacted the volume of research conducted on smaller stocks, with remaining analysts focusing their attention on the largest stocks. Both institutional and retail investors, as well as companies like my own, Select Vantage, need research at their disposal if they are going to trade in smaller stocks– and in Europe, it is getting increasingly hard to come by. This also has knock-on effects for overall capital formation and GDP growth. Unbundling was never intended to have this impact, and the SEC must remember this in seeking a solution for achieving equivalence.

EU unbundling policies are also inadvertently disadvantaging smaller firms. As investors have grumbled over research costs, several larger players, including JP Morgan, have opted to absorb these costs rather than pass them on to clients. Small and medium companies, however, cannot afford to do this, and are consequently losing business to their bigger rivals. Long-term, this will create monopolies and consolidation in the market. The SEC should recognise this – the United States is a country which prides itself on fair competition, and the adoption of unbundling policies would likely undermine that.

The US regulator should also consider the cost and compliance issues which would inevitably arise from a mandatory unbundling policy. In Europe, regulators did not effectively prepare the market for MiFID II. Guidelines for compliance were ambiguous and minimalistic, and all market participants, big and small, were left to foot the bill for the expensive teams of compliance professionals they needed to make sense of the regulatory requirements. The whole situation was messy, ill thought-out – and fundamentally unnecessary.

“If it ain’t broke, don’t fix it” – the soft dollar policy for research payments has worked well in the US for a long time. Putting aside the issue of equivalence with Europe, it would be a mistake to get rid of soft dollars in exchange for the significant downsides of MiFID-style unbundling. Indeed, a Congress-ordered study into the possible effects of such a change suggests that US lawmakers have considerable reservations. Transparency for investors is obviously a good thing, but there are other less damaging initiatives a regulator can pursue for achieving this objective.

So how does the US achieve regulatory equivalence with mandatory unbundling in Europe? Currently, there is a communication problem between the two sets of regulators. Unbundling of research is one of several issues over which the US and EU authorities do not see eye to eye, and defensive and at times confrontational attitudes from both sides mean that ESMA is in no mood to be flexible. If both sets of regulators took on a more collaborative mindset, however, this may change.

It would be naïve to suggest that US regulators could ever persuade ESMA to entirely drop its unbundling policy. However, the negotiation of just a little more flexibility would make a big difference for achieving equivalence. A non-compulsory unbundling policy, for instance, would allow firms to operate in both jurisdictions with less disruption, while also giving market participants the all-important choice in how to run their businesses. Already, there are voices from within the EU, notably from the AMF, who are calling for a less stringent application of MiFID II. If change is in the air, the SEC needs to make itself part of that conversation.

Daniel Schlaepfer is President and CEO of Select Vantage Inc., a market leader and innovator in international stock trading. Named in the National Post’s Top 40 Under 40 of Canada 2019 and Concordia University’s prestigious 50 under 50 Shaping Business, he is an established thought leader on capital markets, finance and international regulation. Daniel founded his firm in 2011 as a next-generation market participant firm, marrying human insight with cutting-edge technology and industry-leading compliance and surveillance systems. Select Vantage employs over 2,700 specialists worldwide, who trade up to $3.9 billion daily.