If you’re a religious watcher of the hit TV series Modern Family like me, you’ve probably noticed how effortlessly suave actor Jesse Tyler Ferguson (a.k.a. Mitchell Pritchett) looks in a bow tie. The good news for the rest of us is that Ferguson’s part-fashion, part-advocacy brand Tie The Knot has just launched their Spring ’15 collection of bow ties, sold exclusively on TheTieBar.com. They also have two new guest designers this season, “Weird Al” Yankovic and Lizzy Caplan (who rocked a bow tie on Mean Girls) to add to the brand’s growing list of celebrity designers. 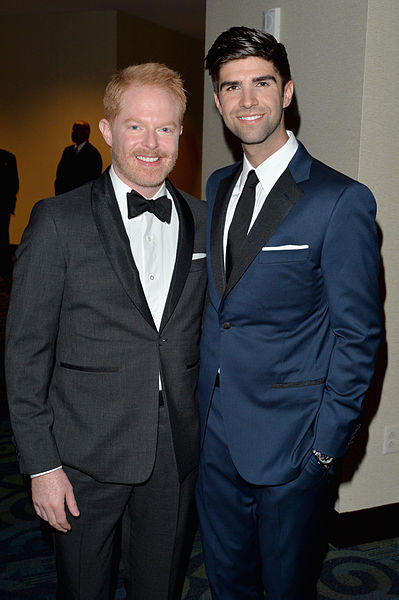 Inspired by a recent trip to Chicago, Tie The Knot’s latest line captures the “metropolitan prep” of the Windy City, playing off the contrast between subdued, jewel-toned hues and vibrant, multi-colored prints. Named after famous streets in Chicago, the new styles pay tribute to the architectural design of landmarks like the Hancock building, Horses of Honor memorial, and the city’s historic waterfront. Yankovic’s silk gecko-print tie pays homage to a different place altogether, his home state Hawaii, while Caplan went with a bright orange foxtail design for hers. 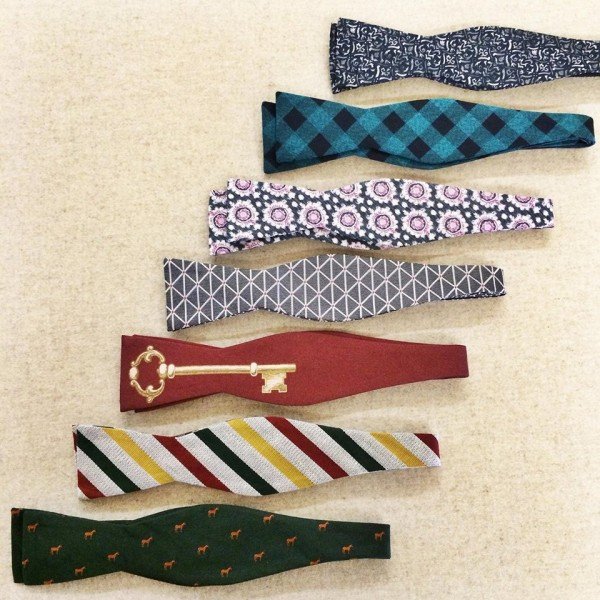 Photo via The Tie Bar

Each handmade bow tie is priced at $25 with $20 of each sale going to Tie The Knot. Along with his husband Justin Mikita, Ferguson founded the non-profit to advocate for LGBTQ rights throughout the world in hopes that someday gay marriage will be legalized and accepted everywhere. Their debut bow tie collection, which launched in November 2012, sold out in less than four weeks, so it’s likely that their spring line will go fast too. Most of us probably won’t look quite as adorable as Ferguson and Mikita in their matching bow ties, but it’s certainly worth a try for a good cause.