The race to innovate and create liquidity-providing solutions for the issues raised by MiFID II will remain vital even when the proposed delay to MiFID II’s implementation is confirmed.

A key aspect of MiFID II is the double volume cap (DVC) rule which will limit the amount of trading done in dark pools.  The rule limits qualifying dark trades to 4% of the stock’s volume on any single venue, and 8% of the volume across all EU venues.  Large block orders, so-called large-in-scale orders (LIS), are exempt from the limits and can continue to be routed to, and potentially matched in, dark pools.

The potential for the caps to be triggered creates a difficult situation for fund managers, who need to mask their trading intentions as far as they are able from other market participants.  Buy-side traders consistently tell us that they value the additional liquidity available in dark pools to reduce both market impact and information leakage.

Today many of the orders on a buy-side trader’s blotter may be large enough to be classified as LIS and hence qualify for the DVC size exemption.  However, these orders are frequently sliced into small “child” orders for execution.  This happens for multiple reasons e.g. to reduce the market impact of a large order and to reduce the “market timing risk” for an investor who might trade a large position only to find that the trade occurred at or near the worst price for the day. Even when a trader routes an order to a sell-side dark liquidity seeking strategy, the strategy typically slices the order up in an effort to find where liquidity might be located among dark pools.

Unsurprisingly, analysis of current dark pool activity would seem to indicate that the caps will be triggered once MiFID II comes into force. The London Stock Exchange (LSE) has done an impressive job this year in tracking the likely impact of the DVCs on the FTSE-100 securities.  Based on current trade reporting practices, their analysis highlights that the DVCs will impact trading in the entire universe of FTSE-100 securities:

Additionally, the LSE calculates that 60% of the DAX and 72% of the AEX index stocks would be similarly affected.

It may be that the impact of the DVCs can be mitigated by aggregating the demand for dark liquidity into LIS orders or by not slicing larger orders into small pieces.  However, this means that firms will have to be more selective about which venues they use which, in turn, reduces the chance of finding dark liquidity. 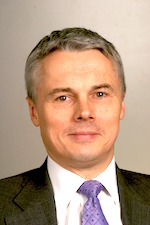 It’s also worth noting that we see no evidence at present of a significant uptick in the search for block liquidity in dark pools, at least if average trade sizes, which have remained relatively static, are a reliable indicator.  We believe, instead, that it is more likely that firms will adopt solutions, the BATS Periodic Auctions Book being one example, that do not require wholesale and invasive changes to existing execution strategies.

We know that the dark liquidity landscape is destined to change.  The operators of the so-called broker crossing networks (BCNs) will have to evolve their model since the BCNs are not recognised under MiFID II.  The operators that populate their dark pools with “house” (proprietary) liquidity will clearly have the option of converting to a Systematic Internaliser (SI) model.  We still await the detailed MiFID II rules for SIs but if, as expected, there is no scope for “matched principal trading” (which would essentially allow customer-to-customer matching) under the SI regime then it will not be possible for the BCN operators to invite third-party liquidity providers to provide liquidity to the venue.

The demise of the BCN thereby limits a liquidity provider’s options for supplying liquidity to “the market” and we are therefore not surprised to hear that the number of liquidity providers that are registered as SIs is likely to increase.  In making this election the firm makes a commitment to market the firm’s liquidity directly to buy-side and sell-side firms but will, perhaps, have the benefit of helping the HFT community to become more “mainstream”.

In summary, we expect to see a significant increase in the number of registered SIs which, of course, do not contribute to “dark” trading in the DVC calculation.  We also expect to see trading venues continuing to innovate in the run up to the implementation of MiFID II.  History tells us that there will only be a small number of winners in the new landscape and those are likely to be trading models that slot seamlessly into the existing buy-side and sell-side execution strategies and technology platforms.