Just as frequent fliers avail themselves of airport lounges, seat upgrades and early boarding, so too do high-frequency traders make use of value-added services offered by exchanges.

For their part, the speediest and most active traders note that their setup at exchanges — which can include the most direct connectivity and tailored order types — is not an exclusive realm.

“The availability of services to any and all users has never been better,” said an executive at an electronic market-making firm that sometimes deploys high-frequency trading. “As long as people take the time to understand what is actually being offered,” they can have the same advantages, the person said.

The fastest trading speeds are “available to anyone who wants to learn how it works and take the time and the resources to do it,” the source said. “There is no real barrier to entry in that place of the market, but it’s a populist belief that this is out of reach because it’s so complicated and all done in dark corners of the market. That’s one opinion, but the other opinion is that it’s available to anyone that cares to try to take it on.”

There is a fine line between electronic market making, which provides vital liquidity in the form of bids and asks, and high-frequency trading, which may provide liquidity but is also a lightning rod for criticism for certain practices that are considered gaming and harmful to market quality. For both pursuits, premier membership on an exchange or the equivalent is all but necessary for optimal performance.

Speaking on condition of anonymity, the electronic market-making executive said opting in to an exchange’s offerings ultimately promotes market efficiency. “When you talk about venues and their specific offerings and incentives, what we find most attractive is the ability to compete on our displayed price,” our source said.

So-called maker-taker rebates, which exchanges offer to market participants who provide liquidity, “are appealing, to a point,” the person said. “We are incentivized by receiving a rebate which we can then pass on to the end user in the form of a tighter spread. Granted, that customer is paying a higher take fee than he/she otherwise might at another venue, but we’re allowed to display a better price with a rebate than without.”

To be sure, exchanges’ offerings and services also help high-frequency traders do what they’re in business to do — make money for themselves. Given that HFTs are profit-seeking entities in a capitalist system, there is nothing inherently wrong with that, and regulators have signaled that utilizing exchange products and services for better trading does not represent an unfair advantage.

Indeed, the broad array of exchange products and services is a fairly recent phenomenon and at least partly function of regulatory changes, such as Regulation National Market Structure, enacted in 2007. “Offering different services based on speed or volume ultimately is a result of the complicated structure that was built to spur competition among different venues,” the market-making source said.

“If you don’t like being fast and having to compete with other high-speed guys at one venue, you can go to another venue,” the person said. “But then if you go to that venue, you might not like the prices. You have to make a value judgment on what’s more important — if you’re willing to be slower, you’re probably going to have to be willing to accept a worse price.” 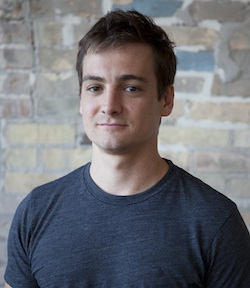 The advantage of high-frequency traders — real or imagined, fair or unfair — is underpinned by rapid technological advances, on the market-participant side as well as the market-operator side. The debate over HFT specifically may be relatively new, but the debate over advantages afforded by technology dates back much further.

“Trading has a long history of rewarding firms with superior infrastructure, technology and innovation,” said Travis Felker, vice president of research and development at trading-technology provider Embium. “The same advantage was obtained in the mid-1800s by those with access to Paul Reuters’ carrier pigeons, which outpaced the trains traveling with news, and then again for each successive technological advancement.”