FX trading is a global, 24/7 market, so it’s natural that traders be cognizant of the correlations between currencies and other asset classes. The common denominator is volatility: a big swing in one asset class or commodity can cause FX trading volumes to spike dramatically.

An example of a force that could impact volatility, and hence FX trading volumes, is the rise of emerging markets. As investments in assets in those markets goes up, so does demand for currency liquidity.

“These are new strong currencies, which will form a part of the world’s currency reserve and currency management in the way that they reflect macro-economic reality, and you will get potentially significant growth in FX markets in China, in Brazil, and potentially in the future, India,” said Jeremy Smart, global head of electronic distribution and co-head of currencies & local markets sales EMEA at Royal Bank of Scotland. “People will want to have some part of their allocation in assets based in those currencies, and that of course leads into trading the currency, which becomes more liquid and then it becomes a natural part of the market.” 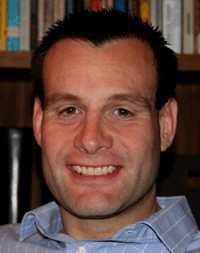 Smart added, “If you look at the currency market, lots of people use it for lots of different reasons, everything from corporations needing to buy and sell currency in order to pay for a piece of machinery, or pay staff in another country, to long only managers and hedge funds who are settling equity deals or bond deals in different currencies, to people who are hedging currency risk which exists within their portfolios.”

A big driver toward the multi-asset-class trading platform is the high correlation between asset classes, which requires real-time cross-asset pricing. “Everything is highly correlated and moves in microseconds, so having control and visibility into all of markets simultaneously from a single platform can only be a benefit,” said Scott DePetris, president and chief operating officer at Portware.

“It’s not just the evolution of the FX market structure, it’s the evolution of all assets and their individual market structures that has created this highly correlated inter-asset kind of world, where real-time pricing information is more prevalent and much more accessible,” said DePetris. “Because all of these markets are highly correlated within seconds or milliseconds, you need to have control and visibility into all those markets from a single platform, simultaneously. No one market operates in a vacuum anymore. There used to be some lag time between markets, it’s instantaneous now.”

A new global execution platform developed by ABN AMRO Clearing provides clients with seamless routing capabilities between Asia, US and Europe for equities and futures trading.

Regulatory-driven changes are causing futures to become an important tool for foreign exchange traders, and a much bigger part of the FX marketplace.

“The intense regulation environment in the U.S. and Europe has triggered a move to the Far East markets,” said Peter Heales, managing director for EMEA at FCM360, a provider of managed services for exchanges, ECNs, and brokers. “I recently spoke to CME, and they think their FX futures contracts will take off with a push to the East. The good thing about futures contracts is that you can get hedging in the same expiry period as the listed contract you’re trading. It’s a question of whether they can get traction. Customers that are familiar with using listed markets will recognize those contracts much easier than cash FX markets.”